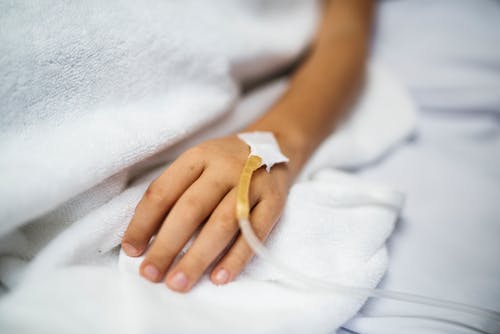 As the coronavirus continues its deadly spread across America and around the world, there are some who are less concerned, less mindful of social-distancing guidelines and stay-at-home orders, less tied to accurate, evidence-based medical directives. Of course, faith healing isn’t new, but the ongoing crisis has rightfully increased our national attention to these dangerous and destructive beliefs.

One organization attempting to spread pseudo-scientific cures is Bethel Church, in Redding, CA. Bethel has often been the center of controversy for their faith-healing practices. The Bethel School of Supernatural Ministry teaches students how to perform miracles, claiming to cure people of various ailments and illnesses. Students at Bethel often practice their healing efforts on residents of the town of Redding, whether invited to do so or not. In 2008, a group of people, including some Bethel students, were drinking at the top of a cliff when one person fell nearly 200 feet. Instead of calling 911, the group attempted to locate and heal the man, leaving him bleeding, in pain, and without medical attention for nearly 6 hours. He survived, but with permanent paralysis. Another Redding resident alleges that Bethel members encountered her grandson having an asthma attack and waited several minutes to call 911, praying over him instead. (The Bethel members involved dispute this claim.) Now, Bethel has once again found itself at the center of national news.

In light of the ongoing pandemic, Bethel has canceled school-sanctioned visits to hospitals and other healthcare providers, and encouraged students to refrain from visiting health care settings. This, despite the fact that the church promises that prayer can heal the sick and even raise the dead. And while the church has halted these official visits, leaders continue to promise that faith-healing is an effective alternative to modern medicine and evidence-based practices, offering online healing sessions with a virtual prayer team in lieu of in-person visits. But this attitude is dangerous at best, and deadly at worst. In Shasta County, where Redding is located, there are 20 confirmed cases of COVID-19, including one case that is not travel related or a contact to a known case. In California, there are more than 13 thousand confirmed cases, to say nothing of those who are sick but unable to access testing. Without medical intervention, risk of severe long-term effects and death increase, and promises of healing by God can make a religious follower less likely to seek out medical attention. At the very least, those who do not seek out a doctor’s care will not be tested, further contributing to our country’s underreported data.

Bethel isn’t alone in its ignorance of Center for Disease Control (CDC) recommendations. Religious institutions across the country are flouting social distancing guidelines, sometimes with the support of elected officials. In Florida, The River at Tampa Bay Church is not only gathering its congregants in tightly-packed spaces, Pastor Rodney Howard-Browne is promising to rid the state of COVID-19 through prayer. While county officials attempted to intervene and shut the church down, Governor Ron DeSantis (R) issued an executive order that supersedes local restrictions, allowing churches and other houses of worship to continue business as usual. All this, despite the fact that churches have been proven to have contributed to the virus’ deadly spread. At the Mount Vernon Presbyterian Church in Washington state, a choir has been struck by a massive outbreak, leaving two members dead and dozens infected. A Sacramento County, CA, church has been holding gatherings in congregants’ homes despite the fact that church services were officially canceled. Now, more than 100 cases of COVID-19 have been linked to these small group gatherings, including bible studies and more.

Faith healing is especially dangerous for children. While parents have opted into churches with specific medical directives, kids can’t choose what house of worship their family attends.

A number of states have religious exemptions built into child abuse and neglect laws. And these exemptions aren’t effective in name only. In the past five years, 11 children in Canyon County, ID have died as a direct result of their family’s membership in the Families of Christ, a religious community that argues that modern medicine is an instrument of Satan. None of the involved parents or faith leaders have been charged in the deaths. A global pandemic offers an opportunity for these dangerous practices to go unchecked.

And as kids are kept at home, away from teachers, counselors, and other mandatory reporters, calls to abuse hotlines have plummeted. So, even in states where parents are more likely to be prosecuted for following faith-healing directives, cases are less likely to be reported. In Colorado, calls are down by more than one third from the same time period last year. In Montana, calls dropped by 45% after schools were closed at the direction of the governor. As schools and childcare providers are forced to close, it’s more important than ever that communities come together to protect children, calling the hotline if there is a suspicion of abuse or neglect. Ignoring medical recommendations and prioritizing faith healing over legitimate medical attention is religious child maltreatment and puts families at risk.

Those peddling dangerous faith-healing promises would do well to follow the lead of the majority of religious institutions. The Church of Jesus Christ of Latter Day Saints has suspended all group gatherings for all congregations around the world. The Diocese of Rome has shut the doors to its chapels and churches. The Islamic Society of North America is urging its members to suspend all congregational prayers and other group events.

Following coronavirus guidelines is an exercise in love for each other, for our communities, for our country. By ignoring those restrictions, faith healers are jeopardizing the people that follow them and the rest of their community.