The question to ask in 2020: Who do we want to parent us? END_OF_DOCUMENT_TOKEN_TO_BE_REPLACED

Will Texas parents lose their right to sue faith-based schools that abuse their child? 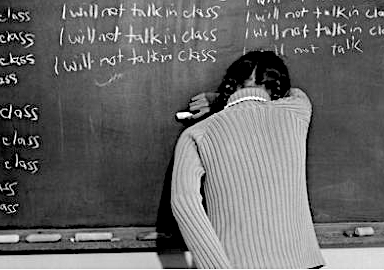 A decision by the Texas Supreme Court could give religiously affiliated private schools legal carte blanche to harm children.

As parents, when we enroll our children in a school, we entrust it to care for our kids and keep them safe. That’s certainly true for private K-12 schools which can cost upwards of $15,000 to $30,000 a year. Some parents believe that religiously affiliated schools are particularly trustworthy because of their spiritual teachings.

But, of course, all schools—be they religious or secular—can leave children vulnerable to psychological harm, as well as physical and sexual abuse. Now there is a case in the courts in which the Episcopal School of Dallas has been alleged to have caused a child emotional trauma, while the school claims that no court has the right to intervene because it is faith-based.

The case involves a lawsuit ﬁled by John Doe, a pseudonym for the father of a minor who was 16 years old at the time of the incident. The father says ESD caused his son emotional trauma by falsely accusing him of, and then expelling him for, violating school rules. ESD says its religious affiliation exempts it from judicial review under the First Amendment.

When the Fifth Court of Appeals in Dallas considered the case, it sided with ESD, saying that the court shouldn’t “pass judgment on the school’s internal affairs and governance.”

Depending on how the Texas Supreme Court decides, the case could have far-reaching ramiﬁcations and potentially affect thousands of children who attend religiously affiliated private schools for generations to come.

As we stated in our amicus letter, the lower court’s ruling is extremely troubling. The case currently before the Texas Supreme Court could potentially leave students in faith-based schools more vulnerable to maltreatment than those in secular schools, which is discriminatory.

“The court of appeals’ opinion can be read to give private schools, under the guise of religion, free reign to engage in abusive discipline of students,” Doe’s lawyers told the Supreme Court.

Furthermore, it would be far too easy for an institution to avoid lawsuits simply by claiming they are faith-based or religiously affiliated.

ESD is a case in point. Despite its legal position as a faith-based school, it enrolls students who come from families of all faiths and philosophical backgrounds and has a curriculum that is largely secular. In fact, while John Doe’s child was attending ESD, none of the school’s “principles of honor, respect, and integrity” reflected a religious tenet, and its mission statement—that ESD strives to develop “the educated conscience” inside each student—contains no religious or spiritual message. ESD also expressly promised to provide a “reasonable, consistent, and fair disciplinary structure” with no mention of religious doctrine.

This is not the ﬁrst time that ESD has been accused of disciplining a child in an arbitrary or unethical way. In 2011, a jury awarded more than $9 million for the school’s handling of a case in which a teacher sexually abused a female student. Shockingly, ESD expelled the victim. Ultimately, a jury found that the school had been “grossly negligent” for failing to protect the student.

And so it’s paramount that all schoolchildren, regardless of what kind of institution they attend—whether it’s private, public, religious or secular—must be protected from harm. The Child-Friendly Faith Project is watching the ESD case closely and has launched an awareness campaign to educate the public about its potential impact.

Read a summary of the case in this article published by the Austin American-Statesman. Read an op-ed written by Janet Heimlich that was published in newspapers across Texas. CHILDUSA, a child advocacy organization that combats child abuse, has filed an amicus brief. Read it here.

Do you believe that there are situations in which parents do not have the right to sue religious schools? Have you had personal dealings with a faith-based institution that was found to have abused children? If so, please leave a comment below. 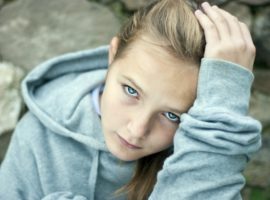 Warning to Texas Parents: This might be a really bad time to enroll your child in a faith-based private school
Previous
Next

Tweets by @chfriendlyfaith
Free the child's potential, and you will transform him into the world.
—Maria Montessori
This groundbreaking work can help bring us to a new religious moment in which the world's faith traditions uphold the sanctity of the child. . . . The time is ripe for a new covenant with humanity's children, one by which we respect their personhood and honour their own hearts and minds.
—Raffi Cavoukian
I never realized that a child is capable of remembering so well and of waiting so patiently.
—Janusz Korczak
[W]e must acknowledge that our religious communities have not fully upheld their obligations to protect our children from violence. Through omission, denial and silence, we have at times tolerated, perpetuated and ignored the reality of violence against children in homes, families, institutions and communities, and not actively confronted the suffering that this violence causes. Even as we have not fully lived up to our responsibilities in this regard, we believe that religious communities must be part of the solution to eradicating violence against children, and we commit ourselves to take leadership in our religious communities and the broader society.
—The Kyoto Declaration: "A multi-religious commitment to confront violence against children," Religions for Peace Eighth World Assembly, Kyoto, Japan, August 2006
Religious community leaders should support the elimination of harmful practices inflicted on children, including by publicly challenging problematic religious justifications for such practices whenever they occur. . . . While in many situations of violations the rights of the child and the rights of his or her parents may be affected in conjunction, it is not always the case. . . . The interests of parents and children are not necessarily identical, including in the area of freedom of religion or belief.
—Heiner Bielefeldt, Special Rapporteur, Special Procedures of the Human Rights Council, United Nations