The question to ask in 2020: Who do we want to parent us? END_OF_DOCUMENT_TOKEN_TO_BE_REPLACED

Evangelicals: The single most important change for #MeToo 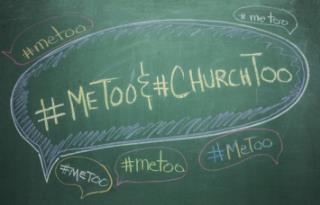 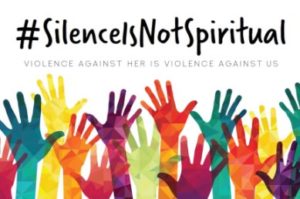 In the last days of 2017, riding the wave of the #MeToo movement, a group of 140 evangelical women released a petition on “Breaking the Silence on Violence against Women and Girls.” Under the hashtag #SilenceIsNotSpiritual, it invited “the community of faith” to “join this historic moment . . . sparking genuine change in the very place we call our home – the local church.” The petition has quickly garnered more than 5000 additional signatures.

More specifically, the petition issues a two-fold call to action for evangelical churches. First, it urges the creation of “protected spaces” so that survivors of sexual abuse who offer their stories will be received “with empathy, love, and care.” Second, it calls on faith leaders to cease their “silent assent” to harmful “systems, structures, and practices” and “to fight both systemic and individual injustices.”

This is the kind of talk that makes me want to pump my fist in enthusiastic support.

Those of us who advocate for women and girls are still getting over the disturbing fact that, late last year, 80% of white evangelicals lent their support to US Senate candidate Roy Moore. So it’s good to now hear some evangelical voices speaking out against sexual abuse.

Nevertheless, with a moment’s pause, I still have questions about the petition. For example, how do the petition’s signers propose to actually address the systemic injustices of sexual abuse cover-ups within evangelicalism itself? How would they go about creating “protected spaces” in evangelical churches for those who have been abused by evangelical pastors? And how exactly do they expect to fix the “systems, structures, and practices” of evangelicalism that have enabled abusive clergy?

In other words, I’m eager to know . . . What’s the plan, especially when you consider the enormous obstacles?

Evangelicalism has a long way to go

Currently, the largest evangelical group, the Southern Baptist Convention, doesn’t even have a denominational system for receiving and assessing reports of clergy sex abuse. Nor does it have a system for recordkeeping on abuse allegations. These fundamental safety gaps allow accused pastors to church-hop with relative ease, just as pedophile priests were allowed to do in the Catholic Church. The organizational structures may differ, but still, it’s the abusive pastors who are given “protected spaces.” Many churches will even assist them in finding new positions.

Without the kind of clergy oversight now present in many other Protestant groups, those abused by clergy in evangelical communities are typically told to take their grievances to the local church. This is akin to telling bloody sheep that they should go to the den of the wolf who savaged them. The courageous Rachael Denhollander, the first person to publicly accuse former USA Gymnastics team doctor Larry Nassar of sexual abuse, summed it up quite simply: “The church is one of the worst places to go for help.”

Compounding the problem, most evangelical faith groups hold to patriarchy as the purportedly God-ordered “right” way. With its emphasis on female submissiveness and male headship, such a theology carries inherent risks for fostering abuse, and in combination with evangelicalism’s lack of accountability structures, it becomes downright toxic, rendering the faith’s institutions complicit in enabling the widespread concealment of sexual abuse.

A plan for change is needed

As the #MeToo movement surges forward toward greater accountability, evangelicals who don’t want to be left behind must build a plan for change – one that systematically overhauls the process by which every sexual abuse case gets handled. Such a  plan would affect not only the local churches but also the larger networked institutions, such as the Southern Baptist Convention and the National Association of Evangelicals. As Rabbi Danya Ruttenberg recently said, “If our concern is to care for victims of sexual misconduct and to prevent new victims, we must create and expand the systems and structures that allow us to do so.”

The single most important change evangelicals need to implement is this: They must cooperatively empower one or more organizations, independent of the local churches, to receive and assess reports about sexual abuse committed by clergy, deacons, elders, and other church officials.

Here’s how such an independent body would dramatically improve evangelicals’ handling of sexual abuse cases:

Christa Brown has written extensively on the topic of clergy sex abuse and cover-ups in the Southern Baptist Convention. She is the author of “This Little Light: Beyond a Baptist Preacher Predator and His Gang.”

Would you like to learn more about how your place of worship can be more child-friendly? Worried that a religious organization might be harming children? Email us!

Left Behind: When will Baptists catch up with #MeToo?
Previous
Next

Tweets by @chfriendlyfaith
For the first time in my life, I am breaking down walls. i have become so good at blocking the past. When you’re 3 years old, along with 3 older brothers, placed in that kind of environment, you tend to think that you’re unlovable, that God hates you, that you did something so wrong to have to be here. At first, I would cry and cry and ask why God, why do you hate me so much? Not one day went by that I didn’t get down on my knees and pray and plead and beg God to let me be “released.”
—Ronnie Williams Romero, abuse survivor of Cal Farley's Boys Ranch
My name is Jane Eyre. I was born in 1820, a harsh time of change in England. Money and position seemed all that mattered. Charity was a cold and disagreeable word. Religion too often wore a mask of bigotry and cruelty.
—Charlotte Brontë, Jane Eyre
I don't know any victim of religious authority sexual abuse who doesn't share the dilemma that the abuser was "all mighty". . . . Therefore, when an abuser of this status, stature, and authority sexually violates a child or vulnerable adult, it is incomprehensible by the abused. But most devastating is the decapitation from our own spirit or soul that comes with religious authority sexual abuse.
—Dr. Jaime J. Romo
I used to co-facilitate a group for parents who were trying to reunify with their children who had been removed by the state. I remember hearing the story of one mother whose 12-year-old daughter was removed from the home because she had been found walking the streets at 2am along with prostitutes and drug dealers. When her mother was telling the story in the group, she said, “The police brought her to my house and I said, ‘There is nothing I can do about this child. If it is God’s will that He test me with a spiteful child, then so be it. If it is God’s plan that she learn her lessons by getting raped, then I cannot do anything to prevent that from happening. Who am I to interfere with His will?’” In my head, I thought, “Are you serious?” To the group, however, I said, “I see that a lot of you are shaking your heads. What would you like to say to the mother right now?” Most of the group members said she was wrong, that God did not want little girls to get raped. Some members, however, stopped short and said that God’s will was a mysterious thing.
—Jonathan Singer, Host of the Social Work Podcast
This groundbreaking work can help bring us to a new religious moment in which the world's faith traditions uphold the sanctity of the child. . . . The time is ripe for a new covenant with humanity's children, one by which we respect their personhood and honour their own hearts and minds.
—Raffi Cavoukian