Guest Blog: A physician weighs in on Iceland’s effort to protect boys from genital cutting 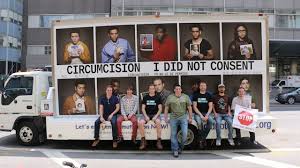 The oldest running parliament in the world may soon achieve a legislative first—ending circumcision of both girls and boys.

A bill before the Icelandic parliament proposes to expand its law that currently protects girls from genital cutting to also protect boys, including infants.

The measure states that medically unnecessary circumcision of children violates their rights. Female circumcision, also known as female genital mutilation, is already illegal in the United States and most European countries. The bill proposes a penalty of up to 6 years in prison for anyone carrying out a circumcision on a minor that is not medically warranted.

While the bill acknowledges that parents have the right to provide to their children religious guidance, it also states that “such a right can never exceed the rights of the child.” The bill says children who wish to be circumcised may do so when they reach an age at which they “understand what is involved in such an action.”

According to Doctors Opposing Circumcision (DOC), approximately 15% of boys are circumcised worldwide, the vast majority for religious or cultural reasons. Rates in the US—which has one of the highest rates of male circumcision worldwide—have been on the decline; projected estimates based on the most recent historical data would put the American circumcision rate at around 50% today.

Proponents say the Icelandic measure is compatible with the United Nations Convention on the Rights of the Child, which opposes “all forms of physical or mental violence, injury or abuse,” while Jewish and Muslim groups say it violates their right to carry out religious practices. Meanwhile, US embassies are pressuring Iceland to reject the bill.

Do all children have a right to be protected from genital cutting?

The proposed legislation raises a serious question: When does a child have a basic human right to an intact body, even when that right conflicts with a religious rite? Both the Child-Friendly Faith Project and my organization, Doctors Opposing Circumcision (DOC), believe that the answer is a categorical always.

If Iceland were to pass the measure, the benefits would be enjoyed by many in that country, and not only those who undergo the procedure. To give but a few examples:

We applaud the compassionate members of Iceland’s parliament who oppose the practice of genital cutting of all children. Passing this measure will be an important first step to putting an end to one of the most pervasive forms of religious child maltreatment carried out throughout the world.

Dr. George C. Denniston is President of Doctors Opposing Circumcision. He is a former Associate Medical Director of the Planned Parenthood Federation of America.

Did you experience genital cutting as a child? How has it affected you? How do you think your life might have been different had you been left natural? Please feel free to leave a comment below. 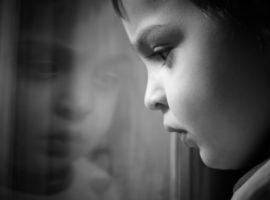 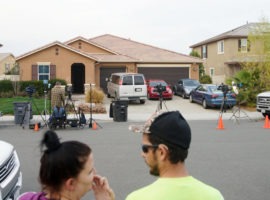 Just because parents appear to be “good Christians” doesn’t mean they’re not abusing their kids
Looking Forward: A Message from CFFP President Jaime Romo
Previous
Next