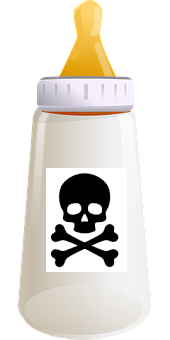 We’ve seen some dangerous religious rituals and practices involving children since we started the CFFP in 2012. Organizations and communities have exposed children to “faith healing“-related egregious medical neglect, Mormon “worthiness interviews” (during which children are asked traumatizing, sexually inappropriate questions), and genital cutting.

This last week, we learned about a new way that one church may be harming children and justifying the practice with religious doctrine. 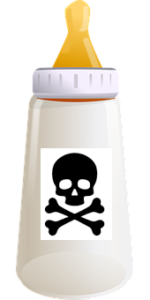 The Genesis II Church of Health and Healing promotes itself as one that offers congregants a product that cures most illnesses. The church calls it “miracle mineral solution” or MMS, as well as “chlorine dioxide therapy.”

Another word for the product? Bleach. In fact, the FDA is now warning consumers who were given or sold MMS to “stop using it immediately and throw it away.”

We were first alerted to the church’s practice when a friend of the CFFP pointed us to a Facebook event that promoted a 2-day seminar to be held on April 20 and 21 at a hotel in Leavenworth, WA. For $450, attendants could learn about an “effective alternative healing” that “could save your life or the life of a loved one sent home to die.”

The entrance fee included membership to the church and the bleach product or “sacraments.”  Participants were promised to also acquire the “knowledge to help heal many people of this world’s terrible diseases.”

According to The Guardian, “MMS consists of chlorine dioxide, a powerful bleach that is used both on textiles and in the industrial treatment of water. It has been banned in several countries around the world for use as a medical treatment.”

So why is Genesis II permitted to sell the stuff? The FDA, which regulates such sales, isn’t providing answers. The agency told The Guardian that it couldn’t comment on possible civil or criminal law enforcement actions, although it added that the FDA “continues to advise consumers about the dangers of Miracle Mineral Solution and the agency has issued warnings to consumers over the past decade.”

Alarmed that children would be fed the bleach at the seminar and thereafter, we contacted the Chelan County Sheriff’s Office. Already, officers had been inundated by calls from the media and the public. We spoke to Sgt. Jerry Moore who went to the seminar. He let us know that the event, which drew 20 to 25 people, seemed intended to recruit people to join the church. He added that there were no children there and no one was sampling the product.

Sgt. Moore also commented that the leader of the Genesis II, Bishop Jonathan Grenon, told him that he was “excited about the extra attention” the seminar was receiving.

But while the seminar itself didn’t seem to pose a threat to children’s safety, The Guardian states that a video had been posted on the church’s website showing an infant in Uganda being fed a cup of the bleach and screaming as it was swallowed.

We will continue to track the practices of this church and its customers and report abuses to local and federal authorities.