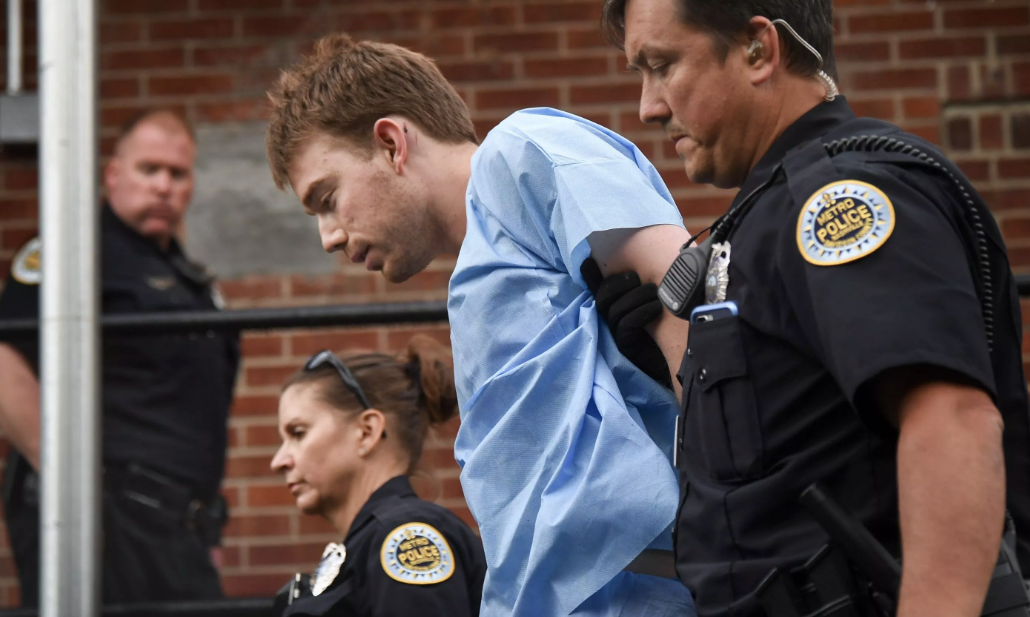 Three Christian homeschoolers became radicalized domestic terrorists this year and it’s only May.

On April 22, 29-year-old Travis Reinking made headlines when he shot and killed four people in a Waffle House in Nashville, TN. His motives are still unclear. Because Reinking is white and his victims were black, some have speculated that racism played a role. But I’m looking at another possible influence: the fact that Reinking was homeschooled in a fundamentalist Christian environment.

I, too, was raised in a fundamentalist Christian homeschooling family. My siblings and I were taught that the Bible is the inspired and infallible “word of God.” We grew up with creationist teachings. And we were told the removal of school-sanctioned prayer from public schools led to a host of problems in society.

Tragically, Reinking is not alone in what he did. In this year alone, two other domestic terrorists shared the same type of homeschooling background as Reinking. On several days in March, 24-year-old Mark Anthony Conditt mailed bombs to victims in Austin. Later that month, 28-year-old Benjamin Douglas Morrow from Wisconsin blew himself up with explosives he was building for domestic terrorism. All of these homeschooled men either targeted black people or were found with white supremacist literature.

Reinking, Conditt, and Morrow join a long list of other homeschooled kids who grew up to become violent. It seems reasonable and important to ask, therefore: Is a certain strain of fundamentalist Christian homeschooling contributing to acts of domestic terrorism in the US? I am worried that could be the case, because many of these children aren’t only taught religion; they’re also taught, directly and indirectly, that people of color are inferior and to glorify violence against them.

When I was young, white supremacist ideology was subtly infused in our teachings and practices. For example, our textbooks taught that white people rightly conquered the United States for the sake of Jesus, even when that meant genocide. We read only white authors, though sometimes we made exceptions for Booker T. Washington. (White people love Booker T. Washington.) The only history we learned was the history of white people.

This white supremacy permeates Christian homeschooling, as many homeschooling curricula are based in segregationist and racist ideas. For example, many homeschoolers use material from Bob Jones University, a school that refused to admit any black students until 1971, seventeen years after Brown vs. Board of Education, and prohibited interracial dating until 2000. Or consider Accelerated Christian Education, a homeschooling curriculum that depicts segregated classrooms. One homeschool curriculum on world history published by A Beka even goes so far as to argue that European colonization of Africa “benefited the lives of many Africans.”

Many homeschooled children are taught little about black history, and what little they are taught is shoddy and biased and indicates a nostalgia for previous eras where segregation thrived. This is part and parcel with the territory, as homeschooling has long been an exclusive club meant only for white fundamentalist Christians.

Today, organizations like White Pride Homeschool are unabashedly promoting these ideologies and practices, without resorting to the subtle racism of more mainstream organizations. They proudly proclaim that they “encourage a Christian lifestyle for all races and do not believe in integrated classrooms.”

When such white supremacy teachings, subtle or overt, are mixed with the radicalization and fascination for violence shown by Reinking, Conditt, and Morrow, the results are deadly: Reinking shot African Americans, Conditt terrorized black people, and Morrow was found with ISIS-style bombs and white supremacist literature. An education that focuses on white supremacy teaches a kind of poisonous righteousness. It is teaching that other people and cultures are worth less and that committing violence against them is approved by God.

But while homeschooling is certainly diversifying, it nonetheless continues to be dominated by Christian fundamentalists, many of whom are teaching their children dangerous ideologies about white supremacy, inferiority of people of color, and the necessity of “taking back the United States for Jesus,” by force if necessary.

Until the homeschooling movement comes to terms with its teachings of white supremacy and violence, we’ll continue to see homeschooled children like Reinking, Conditt, and Morrow grow up to fear, hate, and kill.