My abuse weaponized me against my body. Until my body won. 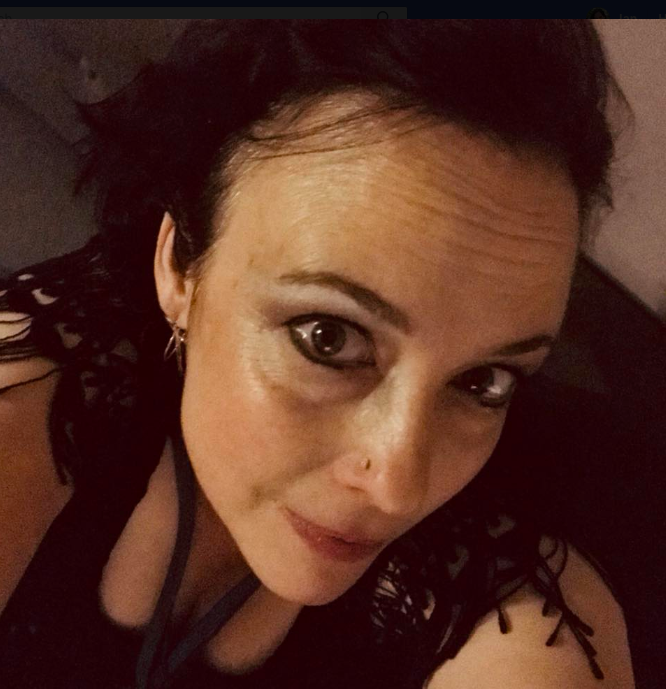 Bethany Brittain, a former board member of the CFFP, talks about how the physical and emotional abuse of her childhood affected her relationship with her body and, ultimately, her health.

When I was 13, I declared war on my body. It wasn’t hard to do. It was quite natural even. There were dysfunctional events and forces in my past that had groomed me for that moment. I had received physical discipline from the time I was 6 months old. My family had unhealthy standards for female “modesty.” Physical and emotional boundaries that were essential for mental health were nonexistent.

Meanwhile, outside of my household, I saw many visuals that defined for me what the “ideal” body looked like. Most transmitted a plastic look found in your average Barbie doll. My wobbles and bulges were proof that my body wasn’t anything near ideal.

It all got to be too much. And so I took the only option I thought I had: I decided my body was something to be despised and declared war.

Fast forward to 2014. At the age of 46, I came down with a chronic illness called Pemphigoid. It’s a disease in which the immune system rejects proteins in the skin. If left untreated, Pemphigoid is disfiguring.

I had painful blisters in my mouth that started small and became large and intrusive over time. A year later, I had blisters all over my body that itched insanely. I looked like I had rolled in poison oak. My life became centered around doctor appointments, oncology waiting rooms, and medications that come with a lengthy list of side effects.

The disease and the drugs were changing what my body could do. Activities like yoga and running were things I’d assumed I could always do. My yoga practice which I’d had for years was almost too painful to continue with. I was frustrated. I couldn’t do the poses very well. My arms and legs would contort with painful cramps and spasms. I kept trying hoping to get my body to do the yoga I loved. I had to stop running and start walking. Some days I talked myself off the couch, and other days there was no point. I felt too lethargic and my body was in too much pain. I was no where near the perfection I’d wanted at 13 years old.I was losing big time!

But there’s nothing like a moment of clenched teeth and shaking knees to help you find clarity about yourself and your life. A daily diet of prednisone does wonders for mind-bending clarity. (Prednisone is a drug that suppresses the immune system and inflammation and whose side effects include nausea, thinning skin, acne, and weight gain.) I was taking cancer drugs that caused nausea amongst other side effects. About a year into the disease, I began to worry about the risks these medications were posing to my body.

That’s when I realized that my body, which I had resigned to hate, was trying to tell me something. It was asking me to stop the war.

I was coming upon one of those choices about my body that many other women probably have had to, also. Whatever body I have, whatever shape it’s in, and whatever dozens of wobbly parts stick out, maybe it’s worth saving.

Yes, I turned. I began to care about body. I started making changes. I’ve become more patient with my body.

After doing this work, and receiving two infusions of the antibody Rituximab, the disease began showing signs of letting up. My body, my perceived enemy, even in its beleaguered state, had been fighting for me in ways I didn’t think possible.

Now during yoga, my legs bend into an Eagle pose, and I can almost fully plant my hands to the floor in a forward bend with straight knees. I’m still gentle as I slowly progress. Feeling my feet grounded into my yoga mat feels absolutely amazing. Hugging friends and loved ones—really feeling their bodies and mine—there are no words to convey that feeling. In my job, using my hands to bring stories to life as I design classroom training and curate collections of photography is worth getting up out of bed.

My body, having contracted a disease, made me stop and re-examine my body in ways I hadn’t wanted to. I feel disappointment at times, but more often, hope. I’m on a healthier path, a magical journey of knitting mind and body together as one. For that, I am grateful.

There are still those images of seemingly perfect women wearing things I’d like to wear and never will. I will never be mistaken for a swimsuit model. But I’m done with that battle. After 37 years of fighting, my focus is on progress, not defeat.

There is always a clear bright day after every storm. A chance to look around without the mind-crushing side effects of Prednisone. The love and light that peak through the clouds beg the question, “How does it feel to be at peace?”

Bethany Brittain is a senior instructional designer in San Francisco, a survivor of religious child maltreatment, and an advisor to the Child-Friendly Faith Project. Her story can be found in the book, Breaking Their Will: Shedding Light on Religious Child Maltreatment.

Do you need support in making your way out of an oppressive faith environment? Please feel free to join our Child-Friendly Faith Facebook group.