Ending the abuse and betrayal of religious child maltreatment 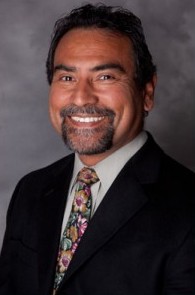 Religious institutions continue to perpetuate child sexual abuse. Ongoing abuse further undermines any claims to moral authority by religious leaders. Now that religious groups are being forced to disclose this collusion, we must do our part to end religious child maltreatment, abuse and betrayal.

Stories of clergy sexual abuse are all too familiar to those of us whose lives have been devastated by such crimes. And we feel further betrayed by the institutional leaders and their followers who continue to protect abusers and turned their backs on victims.

Here are just a few examples:

Real healing in these cases and in so many others will take years, not only for those who are directly affected by sexual abuse and betrayal, but also for the larger communities as they begin to take responsibility for the collusion, denial, and willful ignorance of cases that continue to arise.

The impact of abuse and betrayal

Ongoing abuse further undermines any claims to moral authority by religious leaders and followers. More tangibly, some victims internalize the shame and betrayal of not being believed and supported and ultimately express it through suicide. Around 12 years ago, I wrote this in a journal about my own experience of having been sexually abused by a priest when I was a teenager:

Going to support meetings has been like going to a cancer ward and seeing that I’m a member.  That’s where I’ve seen the looks of silenced frustration, buried rage, and profound betrayal and understood myself in a way that I hadn’t seen before. I heard recently that another victim committed suicide after he learned that his criminal case was being thrown out of court because he reported the molest after the statute of limitations allowed.  His mother said that when the case was thrown out of court, her son lost hope. He lost a sense of being heard, understood, believed and that any real change would come about as a result of his abuse. I understand his need to see a change come as a result of my and hundreds of people’s experiences. I understand what it’s like to feel insane, holding a secret that no one wants to hear, and feel as though if I can’t be believed about something at the core of my life experience that I practically don’t exist.

The pope has expressed an understanding that some victims internalize the shame and betrayal of not being believed and supported through suicide. When will the larger public understand the impact of abuse and betrayal?

How you can help

Here are some important steps you can take to to reduce cases of clergy sexual abuse:

You can help end abuse and betrayal. Join the CFFP by going to our Facebook and Twitter pages or send us an email.

Rev. Dr. Jaime Romo is a Commissioned Minister in the United Church of Christ for Healing and Healthy Environments in San Diego, a consultant with the Center for Applied Research Solutions and the National Mentoring Resource Center, and a Child-Friendly Faith Project board member. He earned his doctorate in educational leadership from the University of San Diego. Following a career of K-12 teaching and administration and teacher education, Jaime developed and implemented trauma-informed policies and healing community practices for churches and values-driven organizations.

Help us end religious child abuse and neglect!
The Cardinal Pell Case: A Turning Point for the Catholic Church?
Previous
Next