More than she could bear 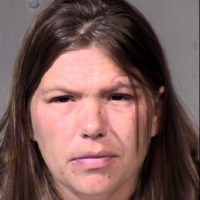 By now you’ve probably heard about the case of Nina Koistinen. The 36-year-old mother from Phoenix has been charged with first-degree murder, after she confessed to suffocating her 6-day-old baby, Maya. Koistinen reportedly told authorities that she killed the child, because she “had too many kids already” and was jealous of the attention her husband was giving the baby.

At his wife’s initial court appearance, Bradley Koistinen explained that she suffered from bipolar disorder, schizophrenia, and depression. “We have tried for years and years to manage it,” he said, noting that his wife of fifteen years “has been the greatest mother” who “has never hurt any of our kids.”

So, do we blame the murder on mental illness? What about Child Protective Services, who had visited Koistinen in the past? In interviews with social workers, Koistinen said she thought about smothering her children and wanted them to “go to heaven in a vehicle accident that appeared intentional.”

The truth is, there is much more to this tragic story. I oversee a closed Facebook group whose members are committed to raising awareness of, and eradicating, religious child maltreatment. As it turns out, a couple of our members know quite a bit about the Koistinens, because the members came from the same Laestadianistic church the couple belongs to.

I had never heard of Laestadianism, a conservative Lutheran revival movement that started around the 1850s in Nordic countries. Today, the church is estimated to have about 200,000 members worldwide. Some tenets of the fundamentalist branch of the Laestadianist faith—which the Koistinens’ church is a part of—have to do with raising large families. In fact, congregants are led to believe they will go to hell if they use birth control.

Maya was the Koistinens’ ninth child.

The case is a reminder of another devastating crime that took place in 2001. That was when Andrea Yates—a Houston housewife with a known history of mental illness—drowned all five of her young children. Yates and her husband were devout, conservative Christians who vowed on their wedding day not to use birth control and bear as many children “as God would provide.” Yates’ religious fears greatly propelled her to murder her children. While in prison, she told a psychiatrist that she had considered killing her children for two years out of intense fear and guilt.

“It was the seventh deadly sin. My children weren’t righteous. They stumbled because I was evil. The way I was raising them, they could never be saved. They were doomed to perish in the fires of hell,” she said.

Like the Andrea Yates and her husband, the Koistinens continued to have one child after the other, despite the mother’s deteriorating mental state. Why? If you listen to former members of the couple’s church, it seems likely that the church put subtle but influential pressure on the Koistinens to have as many children as they physically could.

“This tragedy was entirely preventable. Those of us with Laestadian backgrounds know why a mother with mental illness continues to have children, and why a father aware of his wife’s mental illness would not use birth control,” one unnamed, former Laestadian blogger writes.

The blogger includes in the post an audio clip of a sermon given in the church the Koistinens attended. At around minute 17, Pastor Eric Jurmu acknowledges that women who have many children can become “very tired.” But, he adds, the duties of raising many children are “all part of the life of a believing family,” and he intimates that mothers who question whether they can do what the church wants them to do are not pious enough. Furthermore, he appears to rebuke women who sneak birth control.

There are questions that come and doubts come as well that, how can I raise these children when it feels like there is so little time in the day? . . . . Even the enemy may raise doubts in our minds. And he may even then, during those busy times of life, come with this kind of sermon that you know there are ways that you can not have children, that there are ways that you control the number of children you have. There have been these kinds of occasions where the enemy has tempted some with practicing birth control. It is not according to God’s word, it is not according to the teaching of God’s kingdom.

Comments by former church members, written after a news report on the Koistinen case—a number of which have since been removed—reveal the trappings of an unhealthy, authoritarian community that poses harm to families, even those whose parents are not mentally ill.

“I too was raised in that wacky church!!  It IS a very scary place yet subtle in a strange sort of way. It is absolutely a CULT,” one person writes. “The ONLY way that church grows is mostly through the lack of birth control. They mostly get married in their teens and start-a-breeding. Then once the kids are born, the indoctrination begins !!!!”

Another individual remarks, “Families are not allowed to stop having children, even if you feel you have enough and cannot take care of them.” Someone else notes that children in the church are often taken care of by other children.

Another comment is written by a woman who was a member of the church for more than twenty years and knew Koistinen since she was a child. The writer explains that using birth control is considered to be a sin in the church. “Whether you like sex, don’t like sex, want kids, or don’t want kids, it’s just one of their beliefs. And they know if you are cheating and using birth control. If you don’t have kids, you would be suspect, absolutely,” she writes. The woman goes on to say that Koistinen “was a beautiful little girl,” but because of the fear-based teachings of the church, “This girl was trapped. I feel she was in a prison of her own, internally, and she basically couldn’t take it anymore, and she snapped like a twig.”

When a local television news station asked Jurmu about such accusations, he defended his teachings: “God created Nina with her mental illness. He gave her all the children she could bear. And if she couldn’t handle more kids, God would’ve closed her womb.”

The cases of Nina Koistinen, Andrea Yates, and others reveal important lessons. First, the mentally ill are particularly susceptible to fear tactics employed by religious authorities. Also, due to the perceived need to grow the flock, religious authoritarian cultures often pressure parents to have, and adopt, many children, while showing little regard for just how such teachings affect families.

We have to do a better job of taking care of the mentally ill, and we need to increase funding of Child Protective Services so that social workers can protect more children from abuse. But we also have to examine just what is going on in authoritarian faith communities that try to convince parents their eternal salvation depends on them giving birth to, and taking in, more children than they can handle.

Tweets by @chfriendlyfaith
I knew nothing about the world. I wanted so much more for my life than the church was ever going to allow me to have. I wanted to have friends. I wanted to work. I wanted to travel. I wanted to meet new people and experience new things. I was thrust into this world, this whole new world without really understanding anything about it, and I was forced to for a very long time to kind of figure it all out for myself. . . . We were taught that every thought or feeling that we had that wasn't aligned with the church's teachings was the devil speaking in our ear. So even after I left, for years I was filled with guilt and shame and terror. I was trapped inside this prison of my mind, like my body had left the church but huge portions of myself were still there. I realized then, I have to give myself a voice. I have to speak my thoughts and my feelings, and I have to share with the world what I’d been through. If I don’t, there’s really not any reason for me to go on.
—Brooke Arnold, Comedian
The wolf will live with the lamb. The leopard will lie down with the goat. The calf and the lion and the yearling together, and a little child will lead them. (Isaiah 11:6)
Everyone has the right to believe what they want to believe, and that right is absolute. But the right to act on one’s religious beliefs is not absolute. . . . .I don’t think that there’s any room under the law for endangering the life of a child. Or under the First Amendment. These laws are not supposed to extend that far.”
— Charles Haynes, Director of the Religious Freedom Center of the Newseum Institute
We can’t blame the children for not telling us. They are powerless in every sphere. It was not that long ago when children were cautioned not to speak unless spoken to. Children don’t vote, to quote many a child advocate. To be sure, there are dedicated organizations . . . and individuals who push hard for children’s rights, but the US has a history of granting “rights” to adults at the expense of children.
—Marci A. Hamilton, God vs. the Gavel: The Perils of Extreme Religious Liberty
You are the people who permit your children and the children of your communities to go into these institutions of punishment. . . . .I wonder what God's judgment will be with reference to those who hold the deposit of faith and who fail in their God-given stewardship of little children."
—Father Edward Flanagan