Left Behind: When will Baptists catch up with #MeToo? 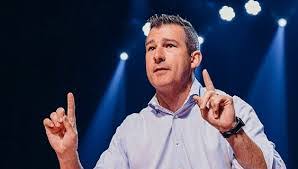 At a Southern Baptist mega-church in Memphis, pastor Andy Savage admitted to having a “sexual incident” with a 17-year-old girl twenty years earlier. The congregation’s response? Silence? Boos? No, a standing ovation.

The admission came after the now-grown woman, Jules Woodson, posted a January 5 #MeToo account on social media, describing conduct constituting sexual assault. Woodson said Savage offered to take her home after a church event and instead drove her down a dark dirt road to an isolated area where he had her perform oral sex on him. Savage was then a youth pastor at the Houston-area Woodlands Parkway Baptist Church.

Woodson wrote that she was motivated to come forward after seeing Savage’s social media posts in which he decried Matt Lauer and other men accused of sexual assault and misconduct. Soon after the post was published, Woodson painfully recounted her story for a local Memphis TV station.

Shortly after the alleged assault, Woodson reported Savage’s conduct to associate pastor Larry Cotton, but like so many other victims of clergy-perpetrated abuse, the teen received little support. “He said something to the effect of, ‘So you’re telling me you participated?'” Woodson told the Austin American-Statesman. “This wave of shame came over me, greater than I had ever felt before.”

According to Woodson, Cotton instructed her not to tell others about the incident. Instead, he would take the matter to senior pastor Steve Bradley. But Savage continued on as the church youth pastor and even conducted a “True Love Waits” workshop on sexual purity and abstinence. (According to RawStory, there is no record that either Bradley or Cotton reported the alleged assault to police.)

Distraught, Woodson shared her story with some women in the church, after which Savage left the Texas church and moved to Memphis where he is now a teaching pastor at Highpoint Church, affiliated with the Mid-South Baptist Association.

The Woodlands church has since changed its name to StoneBridge Church, but Bradley is still the senior pastor. On January 8, Woodson reported the assault to law enforcement, only to learn what too many survivors of child sexual abuse who have been silenced have already had to face: the statute of limitations had passed so as to preclude criminal prosecution.

Savage has released an “apology,” claiming that the Texas “incident” had been “dealt with” and that he had disclosed it to Highpoint leadership before being hired. Highpoint senior pastor Chris Conlee posted a brief statement confirming that “this information is not new to me or to our leadership,” and that they were “100% committed” to Savage. Said Conlee, “I have watched Andy strive to live a godly life and proactively share what he has learned to help others.”

So, Highpoint officials have admitted that they knew about the assault, but rather than report it to authorities, they retained Savage in a position of high trust as a pastor.

Conlee didn’t stop with his statement. On January 7, the first Sunday after the story broke, Conlee preached a sermon on forgiveness to the crowd of about 2000, repeatedly invoking Jesus’ admonition to let “he who is without sin … be the first to throw a stone.” It was a message that seemed more directed toward Woodson and any who would criticize Savage than it did toward trying to reconcile the wrong. Savage also took the podium and read a prepared statement, saying he was “deeply sorry.”

Apparently eager to forgive, members of the Highpoint mega-crowd congregation rose to their feet and applauded Savage. Meanwhile, scores of congregants heaped shame and blame on Woodson and sang the praises of Savage on Highpoint’s Facebook page.

On January 12, following widespread media coverage (and a Christian publishing house canceling the release of Savage’s book on marriage) Savage announced he was taking a leave of absence from his position at Highpoint. Cotton too was placed on leave from his current church in Austin. (Of course, only time will tell whether these temporary leaves materialize into real consequences.)

Churches out of step

While sexual misconduct scandals continue to topple the careers of men in politics, entertainment, the media, and business, Baptist clergy who have committed sexual abuse remain the exception. The reckless conduct of church leaders at Woodlands and Highpoint track with a pattern we have seen at far too many other Baptist churches.

It seems that in the last twenty years—since the time Woodson first reported the assault—Baptist churches haven’t changed much in terms of how they respond to sexual abuse, while Baptist denominational leaders have refused to intervene with the sorts of institutional accountability structures that are now present in other major faith groups.

Ironically, Conlee delivered that forgiveness sermon at Highpoint on the same Sunday that Oprah Winfrey delivered her powerful speech at the Golden Globes Award ceremony. Like Conlee, Oprah also roused the audience to their feet when she proclaimed that “a new day is on the horizon … when nobody ever has to say ‘MeToo’ again.”

These churches’ failures — which are dreadful, obvious and far too common — illustrate why Baptists are in such desperate need of effective structures for clergy accountability so that abuse reports may receive responsible and compassionate responses, and so that abusive clergy may be ousted much sooner. Any faith group that chooses to forgive accused and admitted perpetrators of sexual abuse while leaving them in positions of trust is a faith group in which we won’t be seeing a “new day” for a very long time.

Update 1/22/2018: Continuing the abysmal response, on January 21, 2018, Highpoint pastor Chris Conlee preached a sermon in which he chastised bloggers who brought attention to Savage’s abuse as being “hateful,” comparing them to the Devil. Conlee urged congregants to “resist” and indicated that church leaders would not “cave in to the critics.”

Update 3/20/2018: Finally, after massive media coverage, Andy Savage has resigned from his ministerial position at Highpoint Church. Many questions remain. But one thing you can be almost certain of: When it takes this much media coverage to prod the resignation of a pastor who was known to have abused a kid, many more cases are being swept under the rug.

Christa Brown has written extensively on the topic of clergy sex abuse and cover-ups in the Southern Baptist Convention. Described by the Austin American-Statesman as “the public face” of Baptist clergy abuse survivors, she is the author of “This Little Light: Beyond a Baptist Preacher Predator and His Gang.”

Are you a member of a religious organization that isn’t taking child abuse or neglect seriously? Or is your place of worship doing great things for children? Please let us know your questions, concerns, and ideas by emailing us at info@childfriendlyfaith.org. 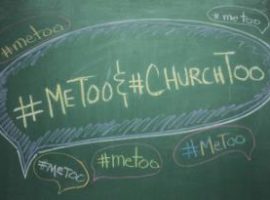 Evangelicals: The single most important change for #MeToo
Previous
Next

Tweets by @chfriendlyfaith
The Ten Commandments made room to condemn taking God's name in vain, keeping the Sabbath holy, and prohibiting graven images, but there is no "Thou shalt not rape." The Quran places great priority on not eating pork and on gathering wives and slave girls; but this horrific, devastating crime that has been committed rampantly throughout history against half of humanity doesn't even get an acknowledgement of existence.
—Ali A. Rizvi
There were so many sick children in there and my daughter was very, very ill . . . and I couldn’t bare it. I just went, “Nope, I’m done.” I mean, I just knew I could make these choices for me . . . but I couldn’t make these choices for my children. I just had to get her out.
—Spanky Taylor, 17-year former member of Scientology
[W]e must acknowledge that our religious communities have not fully upheld their obligations to protect our children from violence. Through omission, denial and silence, we have at times tolerated, perpetuated and ignored the reality of violence against children in homes, families, institutions and communities, and not actively confronted the suffering that this violence causes. Even as we have not fully lived up to our responsibilities in this regard, we believe that religious communities must be part of the solution to eradicating violence against children, and we commit ourselves to take leadership in our religious communities and the broader society.
—The Kyoto Declaration: "A multi-religious commitment to confront violence against children," Religions for Peace Eighth World Assembly, Kyoto, Japan, August 2006
We can’t blame the children for not telling us. They are powerless in every sphere. It was not that long ago when children were cautioned not to speak unless spoken to. Children don’t vote, to quote many a child advocate. To be sure, there are dedicated organizations . . . and individuals who push hard for children’s rights, but the US has a history of granting “rights” to adults at the expense of children.
—Marci A. Hamilton, God vs. the Gavel: The Perils of Extreme Religious Liberty
There can be no keener revelation of a society’s soul than the way in which it treats its children.
—Nelson Mandela