The question to ask in 2020: Who do we want to parent us? END_OF_DOCUMENT_TOKEN_TO_BE_REPLACED

Sexual abuse and a pastor’s suicide: What Dan Johnson’s death means for the #ChurchToo movement 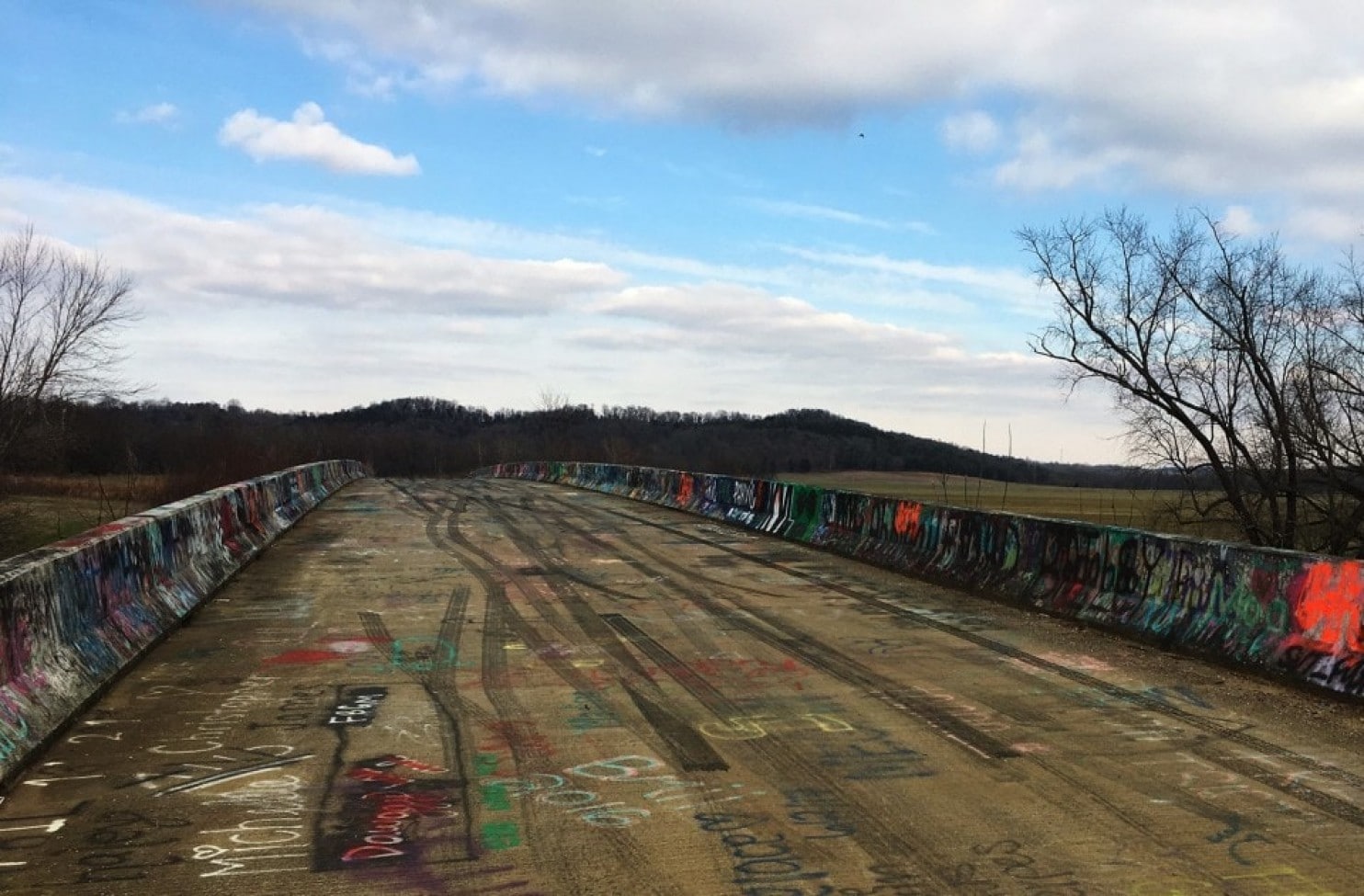 One of the most shocking revelations of the #MeToo and #ChurchToo movements has been the death of Kentucky State Senator Dan Johnson. The 52-year-old first-term legislator and ultra-conservative preacher took his own life two days after it was reported that he had sexually assaulted a teenage girl in the basement apartment of his church.

For all of his preaching, the pastor of the Heart of Fire Church in Louisville was no saint. The man church members called “The Pope” repeatedly lied about his accomplishments, had been indicted for arson, and partied heavily.

Johnson was anti-gay and anti-Muslim, and he posted racist memes on Facebook. Some were so offensive, he was rebuked by the Kentucky Republican Party. For example, he posted an edited image of President Obama and First Lady Michelle Obama with ape-like features. In one post, he wrote, “Allah sucks. Mohammed sucks. Islam sucks. Any of you Hadji’s have an issue with me saying this, PM me and I’ll gladly give you my address. You can come visit me, where I promise I will KILL YOU in my front yard!!”’

Remarkably, though, those actions did little to slow down Johnson’s political career, perhaps because the public was distracted by scandals surrounding other state officials’ alleged sexual misconduct. (Johnson also ran a dirty campaign in which he mercilessly slandered his opponent.) He was elected in 2016.

Johnson’s tenure began unremarkably. He sponsored numerous pro-religion bills, such as one that aimed to allow public schools to teach the Bible. In deep-red Kentucky, blurring the lines between church and state is hardly controversial.

Then on December 13, the Kentucky Center for Investigative Reporting published a five-part series, revealing allegations made by 21-year-old Maranda Richmond that Johnson had sexually assaulted her in 2013 when she was 17.

Richmond stated that, on January 1, she had been sleeping in a basement apartment at the Heart of Fire church when Johnson forced himself upon her. She said Richmond was drunk, that he kissed her, shoving his tongue into her mouth. As she struggled to get him to stop, she said Johnson grabbed her breasts under her shirt. She said he pushed his hands down her pants and penetrated her with his finger.

This was not the first time Richmond made her accusations known. There are therapist notes reflecting the incident, and she reported it to police a few months after it happened. The police, however, dropped the investigation, apparently unaware that Richmond wanted to press charges. Immediately after the abuse allegations were made public, Louisville Mayor Greg Fischer ordered an internal review of his police department’s handling of Richmond’s complaints.

State leaders from both parties called for Johnson to immediately resign, but he refused. At a press conference, he stated, “This allegation concerning this lady, this young girl, absolutely has no merit. These are unfounded accusations, totally.” He said, “I’m very sorrowful that she’s in this dark place in her life.”

Johnson wrote off the allegations as having been part of a trend: “I think that it is the season. Last election, it seemed to be racism. This one, it seems to be sexual impropriety.”

A Facebook message sent soon after the alleged molestation

Richmond told the Kentucky Center for Investigative Reporting that, after she didn’t show up at church in the days following the alleged incident, Johnson wrote her a private Facebook message apologizing for sounding “mean” for telling her and others to go to bed. He also said that he didn’t remember much because “we all got drugged at [a local bar].”

The next day, Richmond responded:

What you did was beyond mean, it was evil. Drugged or not, I think you know what happened that night and that’s why you’re sending this message. I never thought something like that would happen to me, especially by someone like you. I looked at you as a Dad, but now I sincerely hope I don’t see you again, but I might try to maintain a relationship with your kids. And there is no point in responding to this message either because I don’t want to talk about it ever again.

Two days after the story about the alleged molestation broke, the pressure must have been too great. Johnson had been aware of it brewing; he had refused reporters’ repeated requests for an interview. According to police reports, Johnson drove out to a remote bridge outside of Mount Washington and shot himself in the head. Earlier that day, he had posted an ominous message on Facebook: 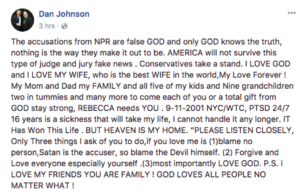 The power of #MeToo

What to make of this tragic story? Simply this: No organization has been able to avoid allegations of sexual abuse. But while many community and industry leaders have given credence to accusers and acknowledged wrongdoing, religious organizations and their leaders are out of step, often engaging in denials and victim-blaming. They have a long way to go toward understanding how to compassionately and responsibly address abuse allegations.

In Johnson’s case, the Kentucky legislature was quick to recognize that Richmond’s allegations were credible. His church, on the other hand, where he was a very powerful figure, did nothing.

Johnson’s death should sound an alarm to religious leaders across the country and put them on notice. Even when power goes unchecked, the voices of sexual abuse victims can no longer be ignored.

If you’d like information about how your place of worship can learn about child abuse and neglect, please email us.

Tweets by @chfriendlyfaith
I used to co-facilitate a group for parents who were trying to reunify with their children who had been removed by the state. I remember hearing the story of one mother whose 12-year-old daughter was removed from the home because she had been found walking the streets at 2am along with prostitutes and drug dealers. When her mother was telling the story in the group, she said, “The police brought her to my house and I said, ‘There is nothing I can do about this child. If it is God’s will that He test me with a spiteful child, then so be it. If it is God’s plan that she learn her lessons by getting raped, then I cannot do anything to prevent that from happening. Who am I to interfere with His will?’” In my head, I thought, “Are you serious?” To the group, however, I said, “I see that a lot of you are shaking your heads. What would you like to say to the mother right now?” Most of the group members said she was wrong, that God did not want little girls to get raped. Some members, however, stopped short and said that God’s will was a mysterious thing.
—Jonathan Singer, Host of the Social Work Podcast
He told me that, because he was a man of God and he represented Christ in the flesh, it would be spiritual and natural for him to take care of me sexually. . . . But even though I felt that it was wrong, afterwards I thought, because [he] said he was a man of God and he brought up those things from the Bible, somehow, it was okay, or holy.
—Lindsay Tornambe, child sexual abuse survivor
Free the child's potential, and you will transform him into the world.
—Maria Montessori
Some beliefs are like walled gardens. They encourage exclusiveness and the feeling of being especially privileged. Other beliefs are expansive and lead the way into wider and deeper sympathies. Some beliefs are like shadows, clouding children’s days with fears of unknown calamities. Other beliefs are like sunshine blessing children with the warmth of happiness. Some beliefs are divisive, separating the saved from the unsaved, friends from enemies. Other beliefs are bonds in a world community, where sincere differences beautify the pattern. Some beliefs are like blinders, shutting off the power to choose one’s own direction. Some beliefs are like gateways opening wide vistas for exploration. Some beliefs weaken a person’s selfhood. They blight the growth of resourcefulness. Other beliefs nurture self-confidence and enrich the feeling of personal worth. Some beliefs are rigid, like the body of death, impotent in a changing world. Other beliefs are pliable, like the young sapling, ever growing with the upward thrust of life.
—Sophia Lyon Fahs
The Ten Commandments made room to condemn taking God's name in vain, keeping the Sabbath holy, and prohibiting graven images, but there is no "Thou shalt not rape." The Quran places great priority on not eating pork and on gathering wives and slave girls; but this horrific, devastating crime that has been committed rampantly throughout history against half of humanity doesn't even get an acknowledgement of existence.
—Ali A. Rizvi