The question to ask in 2020: Who do we want to parent us? END_OF_DOCUMENT_TOKEN_TO_BE_REPLACED

As bad as the Harvey Weinstein scandal is, religious organizations accused of abuses could learn from Hollywood 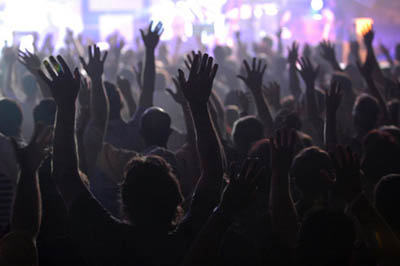 The entertainment industry seems to get it: Harvey Weinstein couldn’t have sexually abused so many women without help from the enabling culture of Hollywood. Why is it so difficult for religious organizations facing abuse scandals to come to a similar realization?

Many in the entertainment industry know that the movie mogul Harvey Weinstein was not just one bad apple who single-handedly raped and sexually harassed dozens of women for decades. Now that the scandal has finally made the headlines, it’s obvious that Weinstein had help.

Many people were complicit in Weinstein’s alleged crimes on some level. There were lawyers, publicists, and industry executives who knew about the rumors, or had full knowledge of the abuses, and chose to ignore them. Weinstein company officials were aware of payoffs their CEO made to victims dating back to 2015. Weinstein’s assistants set up meetings with him and would-be victims. Agents of abuse victims, instead of encouraging them to report the crimes, advised them to keep quiet. And media outlets sat on stories about the abuses rather than publish them.

There’s been plenty of criticism from within the entertainment industry about how Hollywood’s culture enabled Weinstein’s abuses and those of other sexual predators.

Peter Mehlman of the Los Angeles Times rebuked the industry for failing to recognize “our own complicity in monstrous conduct” which he blamed on an “immunity” with “so many open secrets hanging around.” Lena Dunham in a New York Times Op-ed wrote, “Ignoring bad behavior remains the signature move of men in Hollywood.”

George Clooney told the Daily Beast that he sees a silver lining to the scandal, namely that victims should now feel safer to come forward without fear of losing their jobs. “This should be a shot across the bow that people in places of power cannot abuse that power, and if you do, you’ll be outed publicly, shamed, and even prosecuted,” said Clooney.

Last week, the Academy of Motion Picture Arts and Sciences expelled Weinstein and vowed to establish “ethical standards of conduct that all academy members will be expected to exemplify,” opening the door to the Academy taking similar actions against other “problematic” members, such as Bill Cosby and Roman Polanski.

Certainly, Hollywood has a lot to answer for, but at least we can say this: People in the entertainment industry, including the very powerful, are taking a hard look at what its culture is capable of and unabashedly calling out how its power structure has helped to enable abuses and silence victims.

Now let’s compare that reaction to what typically happens in religious organizations when they find themselves in the middle of an abuse scandal. Usually, when there are murmurings that a religious authority or a member of a faith community has abused women and even children, the reactions from leaders and congregants are quite different.

Unlike what we’ve been hearing from Hollywood, those inside religious organizations seem blind to the possibility that there could be a systemic problem and instead offer rationalizations as to why the cases shouldn’t be taken seriously. Sometimes they deny that abuses took place at all.

Rarely do people of faith acknowledge that there are aspects of their belief system or the social dynamics of their culture that could be contributing to cases of abuse. This reluctance, along with misguided tribalism, is a big reason why child victims aren’t believed when they allege having been abused and why suspected cases don’t get reported.

Although it’s not solely a Christian problem, Basyle “Boz” Tchividjian, the founder of GRACE (Godly Response to Abuse in the Christian Environment) states on his website:

Sadly. the Church has largely ignored physical, sexual, emotional, and even spiritual child abuse, despite the prevalence of abuse within faith communities. Even more disheartening: Christians have often unwittingly contributed to the suffering of victims because of a failure to protect children and adequately respond to disclosures of sexual abuse. Additionally, clergy and lay leaders often overlook the many needs of those within their congregations who are adult survivors of child sexual abuse.

Instead of meeting the needs of abused children and adult survivors when cases arise, members of religious communities often make statements that defect blame away from perpetrators or the community as a whole—statements that tend to fall under 4 categories:

#1: Nothing about religion could be tied to something as horrible and evil as child abuse.

Many people maintain the perception that anything having to do with religious faith is always for the good. The fact is, many religious organizations have fear-based belief systems and social controls that can enable adults to abuse or neglect children.

#2: Don’t listen to the haters. People who talk about this issue are just bitter.

Most criticism or concerns about child abuse in religious communities tend to be voiced by individuals who are no longer part of those organizations. And so it is all too convenient for members to respond to those concerns with accusations that the critics are acting out of bitterness or revenge and shouldn’t be believed.

#3: Every religion or community has its bad apples. There’s nothing systemic about religion that could contribute to abuse.

Members of religious organizations often respond to cases of abuse by trying to put blame solely on the perpetrators. While those individuals should be prosecuted, it’s misguided to not see aspects of a community’s belief system or social hierarchy as being a part of the problem.

#4: WE’RE the victims. Why are we always being persecuted?

When people outside a faith community take notice of abuse cases, it’s common for those inside the group to accuse outsiders of persecuting them. For example, members often claim that governmental agencies that investigate cases, such as law enforcement and Child Protective Services, have a hidden agenda to harm the group.

Tweets by @chfriendlyfaith
Your children are not your children. They are the sons and daughters of Life's longing for itself. They come through you but not from you, and though they are with you yet they belong not to you.
—Kahlil Gibran
To love a child is to love life. To nurture a child is to express hope. Children do not exhaust our strength. They allow us to go beyond ourselves and to discover the power of our own creative talents. To be a mother or a father is more than a profession. It is more than a social calling. It is the fulfillment of one of our deepest needs—our need to touch the future and make it live.
—Rabbi Sherwin Wine
My name is Jane Eyre. I was born in 1820, a harsh time of change in England. Money and position seemed all that mattered. Charity was a cold and disagreeable word. Religion too often wore a mask of bigotry and cruelty.
—Charlotte Brontë, Jane Eyre
There is a lot of talk today from the Religious Right about "protecting the unborn," but there is not enough talk about protecting the children we already have from abuse. . . . Our children are our future. And our children are our moral responsibility.
—Anne Rice
Religious community leaders should support the elimination of harmful practices inflicted on children, including by publicly challenging problematic religious justifications for such practices whenever they occur. . . . While in many situations of violations the rights of the child and the rights of his or her parents may be affected in conjunction, it is not always the case. . . . The interests of parents and children are not necessarily identical, including in the area of freedom of religion or belief.
—Heiner Bielefeldt, Special Rapporteur, Special Procedures of the Human Rights Council, United Nations