Interview with Marci A. Hamilton, JD 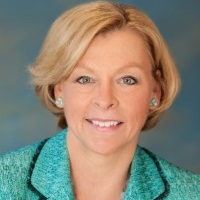 Professor Marci A. Hamilton holds the Paul R. Verkuil Chair in Public Law at Benjamin N. Cardozo School of Law at Yeshiva University. One of the country’s leading scholars in church/state law, she represented the City of Boerne, Texas, in a successful challenge to the Religious Freedom Restoration Act, a case that resulted in the U.S. Supreme Court’s landmark decision in Boerne v. Flores. Professor Hamilton is the author of the newly revised God vs. the Gavel: The Perils of Extreme Religious Liberty and Justice Denied: what American Must Do to Protect Its Children.

We asked Professor Hamilton about her significant work as a child advocate and her keynote address at this year’s Child-Friendly Faith Project Conference.

CFFP: What inspired you to devote so much of your educational and legal work to fighting for children’s rights within the realm of religious organizations?

HAMILTON: I had already specialized in religious believers and institutions that break the law when the clergy sex abuse issues fell into my lap. I quickly learned that justice is often denied to victims of sexual abuse, from religious institutions mistreating them to playing hardball in court to lobbying to block their access to justice. The more I learned, the more I realized I needed to take action.

CFFP: We know that reporting of abuse does not always occur at the time of the abuse, but often many years later, which has made it difficult for victims to get restitution. Do you think that with the heightened publicity of these cases, victims and others now feel more empowered to report abuse soon after it has occurred?

HAMILTON: The publicity has empowered numerous victims to come forward sooner, but it is still daunting for a survivor of child sex abuse, physical abuse, or neglect to come forward before mid-life. Survivors are often well into their adult years before they understand that their childhood was lost. And it takes decades for PTSD to set in and for the survivor to receive the diagnosis that confirms they were grievously harmed younger in life.

CFFP: Do you see a shift in the way that religious organizations are viewing and dealing with abuse cases, compared to, say, thirty years ago?

HAMILTON: Definitely, at least for those organizations that have been thrust under the public spotlight. The media and the Internet have been extremely important in bringing the truth to the public and no longer permitting religious entities to claim a right to secrecy and silence. The culture also has changed in the last thirty years, as believers have become less willing to tolerate religious leaders who command silence about crimes against children. The independent thinking and bravery of these believers is changing their faith for the better.

CFFP: We noticed that you posted on your Facebook page a quote from George Bernard Shaw: “People who say it cannot be done should not interrupt those who are doing it.” Is this an important mantra for you in your work?

HAMILTON: Yes. I am a believer in taking action until no more can be done, and not thinking about an issue until it isn’t an issue anymore. I don’t have much patience for dithering, but I’ve also learned that the most important accomplishments require time-consuming, painstaking, and sometimes painful hard work.

CFFP: The second edition of God vs. the Gavel has been released. What originally moved you to bring this issue to light? What can readers expect to see in the revised edition of your book?

HAMILTON: When I wrote the first edition of God vs. the Gavel: Religion and the Rule of Law a decade ago, my intent was to break the taboo against discussing religious actors who hurt others. It was first and foremost an attack on the American naiveté about religiously motivated actors, because when you close your eyes to the harm, you can’t protect yourself or the vulnerable. I feel like it got the conversation going, but there is still much the public has yet to learn.

Over half of the new edition, God vs. the Gavel: The Perils of Extreme Religious Liberty, contains new material intended to challenge the reader to understand that religious liberty can go too far. I discuss the enactment of the federal Religious Freedom Restoration Act (RFRA), based on misleading premises and inaccurate characterizations of the Supreme Court’s First Amendment doctrine, and trace the development of state RFRAs that are also examples of too much liberty. The Constitution’s framers called too much liberty “licentiousness.” I call it extreme.

CFFP: Your keynote address at CFFP Conference 2014 is entitled, “Extreme Religious Liberty Statutes that Endanger Women and Children.” The topic is quite provocative. What do you hope the audience will take away from your presentation?

HAMILTON: We live in an era of misguided religious liberty statutes that protect far more than the Constitution ever did and that put us all in danger. As an example, a member of the Fundamentalist Church of Jesus Christ of Latter-day Saints (FLDSP) recently invoked RFRA to avoid giving evidence to the government about child labor law violations in the sect, saying that RFRA should protect his belief in keeping information about the group secret. And he won.

You can see how children can be hurt when these extreme statutes empower believers to violate the law. So can women. The Supreme Court’s Burwell v. Hobby Lobby decision interpreted RFRA in a way that empowered a set of believers to the detriment of women employees across the country. The LGBT community has learned that extreme religious liberty, particularly the state RFRAs, harms it all too well.

It is time to re-examine what I consider to be the United States’s extreme religious liberty culture and to let our elected representatives know, enough is enough.

The Child-Friendly Faith Project is honored to present Professor Marci A. Hamilton as a keynote speakers at our conference happening on December 4th and 5th in Austin, Texas. Click this link to learn more about this unique and enlightening event.