Child-rearing teachings of a Tennessee evangelist

This article originally appeared in the Seattle Times.

Sean Paddock suffocated when he was wrapped too tightly in blankets.

Lydia Schatz died after being spanked for several hours.

And Hana Grace-Rose Williams, of Sedro-Woolley, was left out in the cold, where she died naked, face down in the mud.

The deaths of the three children occurred in different parts of the country — North Carolina, California and Washington — but each allegedly happened at the hands of their parents, all of whom were charged with murder.

The parents had several things in common: They adopted children, home-schooled them and lashed them with quarter-inch-diameter plastic tubes. They also used the child-rearing teachings of a Tennessee evangelist, Michael Pearl, and his wife, Debi. Read more 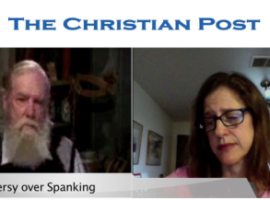 The Real Michael Pearl
Previous
Next