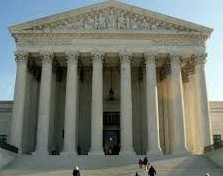 In 1944, the US Supreme Court heard the case of Prince v. Massachusetts. The case involved a woman named Sarah Prince who had been convicted of violating child labor laws. Prince, a Jehovah’s Witness, was the guardian of a nine-year-old girl whom she had taken downtown to hand out religious magazines in exchange for donations. Prince argued that the state’s child labor laws violated her Fourteenth Amendment rights to exercise her religion.

In the 5–4 decision, the justices upheld the conviction and asserted that the government has broad authority to regulate the actions and treatment of children. The court concluded that parental authority is not absolute and can be restricted if doing so is in the interests of a child’s welfare. In writing the majority opinion, Justice Rutledge stated:

The family itself is not beyond regulation in the public interest, as against a claim of religious liberty. And neither the rights of religion nor the rights of parenthood are beyond limitation…The right to practice religion freely does not include the right to expose the community or the child to communicable disease or the latter to ill-health or death.

Parents may be free to become martyrs themselves. But it does not follow they are free, in identical circumstances, to make martyrs of their children before they have reached the age of full and legal discretion when they can make that choice for themselves.