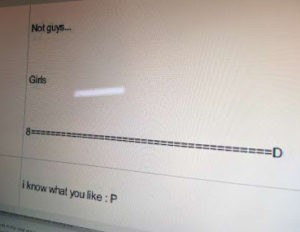 Tweets by @chfriendlyfaith
There is no greater contribution than to help the weak. There is no greater satisfaction than to do it well.
—Walter P. Reuther
I had to make a decision between God and my kids, and I knew . . . that if I chose my kids, I didn’t have a prayer. But I didn’t care anymore. So we lost everything in one day.
—Sara Poisson, mother who left the Jehovah’s Witnesses as the only way to protect her children from her abusive husband
I can only wonder how my life would have been different if there'd been a church around that had loved me for who God created me to be, instead of trying to change me from what it feared I represent.
—Benjamin, who wrote a journalist about his experiences being a a gay teen in his church
Some people lose their parents to cancer or car accidents or other things. I've lost my parents to a cult.
—Lauren Drain, daughter excommunicated from her family and her church
We never really tell kids what [church] services are all about. All they're told is to be quiet and not talk for an hour. . . . There's the plight of the four-year-old who was in church on Sunday when the wine and wafers were passed out. His mother leaned over and told him that he was not old enough to comprehend the transubstantiation and that he was not allowed to partake in the Communion. Later, the collection plate came by and stopped dead in front of him. His mother again leaned over and tried to coax the nickel out of his clenched fist. He held firm and shouted, “If I can't eat, I won't pay.”
—Erma Bombeck