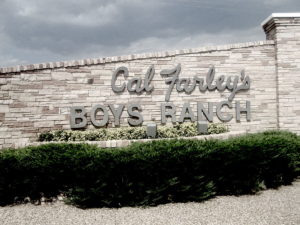 Tweets by @chfriendlyfaith
The wolf will live with the lamb. The leopard will lie down with the goat. The calf and the lion and the yearling together, and a little child will lead them. (Isaiah 11:6)
He told me that, because he was a man of God and he represented Christ in the flesh, it would be spiritual and natural for him to take care of me sexually. . . . But even though I felt that it was wrong, afterwards I thought, because [he] said he was a man of God and he brought up those things from the Bible, somehow, it was okay, or holy.
—Lindsay Tornambe, child sexual abuse survivor
[W]e must acknowledge that our religious communities have not fully upheld their obligations to protect our children from violence. Through omission, denial and silence, we have at times tolerated, perpetuated and ignored the reality of violence against children in homes, families, institutions and communities, and not actively confronted the suffering that this violence causes. Even as we have not fully lived up to our responsibilities in this regard, we believe that religious communities must be part of the solution to eradicating violence against children, and we commit ourselves to take leadership in our religious communities and the broader society.
—The Kyoto Declaration: "A multi-religious commitment to confront violence against children," Religions for Peace Eighth World Assembly, Kyoto, Japan, August 2006
I knew nothing about the world. I wanted so much more for my life than the church was ever going to allow me to have. I wanted to have friends. I wanted to work. I wanted to travel. I wanted to meet new people and experience new things. I was thrust into this world, this whole new world without really understanding anything about it, and I was forced to for a very long time to kind of figure it all out for myself. . . . We were taught that every thought or feeling that we had that wasn't aligned with the church's teachings was the devil speaking in our ear. So even after I left, for years I was filled with guilt and shame and terror. I was trapped inside this prison of my mind, like my body had left the church but huge portions of myself were still there. I realized then, I have to give myself a voice. I have to speak my thoughts and my feelings, and I have to share with the world what I’d been through. If I don’t, there’s really not any reason for me to go on.
—Brooke Arnold, Comedian
A connected and educated populace . . . is bound to be disabused of poisonous beliefs, such as that members of other races and ethnicities are innately avaricious or perfidious; that economic and military misfortunes are caused by the treachery of ethnic minorities; that women don't mind to be raped; that children must be beaten to be socialized; that people choose to be homosexual as part of a morally degenerate lifestyle; that animals are incapable of feeling pain..
—Steven Pinker