The question to ask in 2020: Who do we want to parent us? END_OF_DOCUMENT_TOKEN_TO_BE_REPLACED

A resolution that has child abuse written all over it 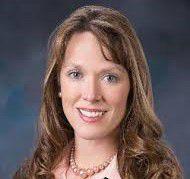 Usually, state legislative resolutions don’t carry much weight. They tend to be more symbolic than anything else. But in Idaho, one resolution making its way through the state House of Representatives would offer another kind of symbolism—a death nail to seal the coffins of more children who will needlessly die from “faith-healing” medical neglect. Other children could suffer other forms of maltreatment that are enabled by Christian doctrines.

House Resolution 6 is sponsored by Rep. Priscilla Giddings, R-White Bird, Idaho. It states that Christians should have a right to practice their faith without “persecution or fear of death, rape, imprisonment, forced marriage, or physical violence.”

We strongly oppose passage of this resolution for numerous reasons.

THE RESOLUTION IS DISCRIMINATORY: The document mentions only one religious group by name: Christians. Even in the wake of the recent mass shooting in New Zealand in which dozens of Muslims were gunned down in their mosques—not to mention the killing of 11 Jews at the Tree of Life Congregation in Pittsburgh last year—the resolution fails to mention the need to protect the safety of Muslims or Jews. It also ignores the need to protect members of LGBTQ+ community who are much more likely to be bullied and attacked in Idaho because of their sexual identity than Christians are because of their faith. (Early this year—as it has for many years—the Idaho legislature failed to extend human rights to lesbian, gay, bisexual and transgender people.)

THE RESOLUTION VIOLATES SEPARATION OF CHURCH AND STATE: In a theocratic move, Giddings snuck in text stating that all people are “endowed by the Creator with certain inalienable rights.” Giddings seems to be gaslighting the people of her state into thinking that they all believe the way she does. (And last we checked, freedom of religion is “endowed” by the First Amendment of the U.S. Constitution.)

THE RESOLUTION IS NOT NEEDED: All of the harmful acts mentioned in the resolution are already illegal, and the document even acknowledges that the State of Idaho guarantees the free exercise of religion. Furthermore, examples of persecution of Christians cited by Giddings occurred outside the state of Idaho and hardly rise to the magnitude of violence as stated in the resolution. (Her examples include florists and bakers who have been compelled to serve gay couples and a case in which a teacher made a Catholic elementary-school student wash the ashes off his forehead on Ash Wednesday.)

The resolution also could lay the groundwork for Idahoans to abuse children.

As most child advocates are aware, more children die from “faith healing” medical neglect in Idaho than in any other state. This is due to religious exemptions that allow parents who deny children necessary medical care to avoid prosecution, even in cases of death. All perpetrators we are familiar with have been Christian, and lawmakers who support the abuses as expressions of “religious freedom” are also Christian.

Over the last five years, there’s been mounting pressure to try to change the laws so that children who are being raised by those who oppose modern medicine are protected from medical neglect, just as all other Idaho children are supposed to be.

Shockingly, many Idaho lawmakers seem to not care whether children die from medical neglect as long as their suffering is justified with Christian-based religious doctrines. (Ironically, while the resolution stated that Christians shouldn’t be forced into child marriage, just last month, Idaho lawmakers killed a bill that aimed to end child marriage. Idaho has the highest rate of child marriage in the U.S.)

Giddings has her critics. They’ve pointed to the intense anti-Semitism and anti-Muslim views that have led to hate crimes and mass shootings of Jews and Muslims in the U.S. and around the world. They are concerned that the resolution would empower white nationalists to commit further violence against people of faith who are not Christian. But apparently, Giddings and others believe that it’s Christians, more so than any other group of worshipers, who are deserving of added protection from violence.

Meanwhile, we see another group of victims: children who are living in church communities, such as the Followers of Christ, who are at risk of being denied necessary medical care. The Followers of Christ believe that only prayer and so-called “faith healing” can cure children of illness, broken bones, and other health problems. House Resolution 6 would offer codified justification for Idaho parents to continue to allow children to get very ill or disabled, suffer, or die, often from treatable illnesses.

Given that conservative Idaho lawmakers are bracing for the possibility that they would have to protect all children in the state from medical neglect, Giddings’ resolution could provide the cover they are looking for.

House Resolution 6 is now headed to the Idaho House floor for a vote. We urge you to write to members of the Idaho House of Representatives and tell them to vote “no” on this dangerous and unneeded resolution. You can find their emails addresses at this link. 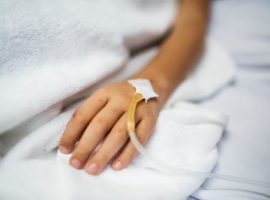 Are Idaho and Washington State Pro-Child-Death? 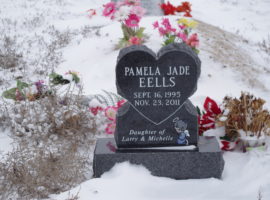 Tweets by @chfriendlyfaith
Free the child's potential, and you will transform him into the world.
—Maria Montessori
[W]e must acknowledge that our religious communities have not fully upheld their obligations to protect our children from violence. Through omission, denial and silence, we have at times tolerated, perpetuated and ignored the reality of violence against children in homes, families, institutions and communities, and not actively confronted the suffering that this violence causes. Even as we have not fully lived up to our responsibilities in this regard, we believe that religious communities must be part of the solution to eradicating violence against children, and we commit ourselves to take leadership in our religious communities and the broader society.
—The Kyoto Declaration: "A multi-religious commitment to confront violence against children," Religions for Peace Eighth World Assembly, Kyoto, Japan, August 2006
I do not wear clerical garb at all, because I see clericalism as one of the most prominent and important causes for this entire problem—the attitude that the clergy are somehow removed and above other Catholics and that we have to be protected at all costs.
—Rev. Thomas P. Doyle, canon lawyer and former papal ambassador
Children are a blessing, and that enrages the horrifying nature of those who seek only to kill and to destroy. . . . Let’s grieve for the innocent. Let’s demand justice for the guilty. And let’s rage against the Reptile behind it all.
—Russell D. Moore
I had to make a decision between God and my kids, and I knew . . . that if I chose my kids, I didn’t have a prayer. But I didn’t care anymore. So we lost everything in one day.
—Sara Poisson, mother who left the Jehovah’s Witnesses as the only way to protect her children from her abusive husband