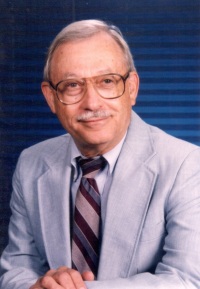 The Child-Friendly Faith Project has lost a wise, compassionate, and courageous advisor. On January 9, Rev. Keith Wright, who had served congregations for nearly sixty years, passed away. Many people in the Austin community loved Keith as a pastor and as a friend. He was absolutely devoted to his family, especially his wife Mona.

I admired Keith before I met him or even knew much about him. In 2008, as I was researching my book Breaking Their Will, I was struggling to find material written by those who truly understood the issue of religious child maltreatment. Then I came across Keith’s book Religious Abuse: A Pastor Explores the Many Ways Religion Can Hurt as well as Heal. Upon reading the description, I immediately ordered it from Amazon.

When the book arrived and I poured through it, I appreciated its unpretentious, straightforward style. Furthermore, I was thrilled to see that it had a chapter devoted to children. The chapter, as well as the rest of Religious Abuse, is a caring and direct explanation of the yin-and-yang nature of religion. That is, its ability to both heal and harm. I was also struck by the fact that the author was a survivor of religious child maltreatment. As he explains in the book’s introduction, when he was a boy, Keith’s mother died after members of her Christian Science church community prevented her from getting medical care.

I had to look up this author, to learn what kind of man he was. Perhaps he would let me interview him, I thought. After contacting the publisher, I learned that Keith lived, of all places, two minutes from my home. We spoke on the phone and he invited me to his house for a chat. During that visit, one of many that were to come, Keith patiently answered my questions and gave me more questions to struggle with. He also expressed his feelings about “the church.”

These conversations were mind-opening for me. Before I met Keith, I had no idea that there were Christians who didn’t believe in the doctrine of Original Sin. He helped me see that there were many people of faith who wanted nothing to do with fear-based ideology and, instead, sought religious ideals that lifted people up, rather than oppressed them. Keith also stressed the importance of revealing the duality of religion and not just dwell on the negative.

And yet he did not hold back in criticizing the church. After I founded the Child-Friendly Faith Project and Keith agreed to join our board of advisors, I asked him for some bio material for our website. While his bio states that he loved the church, he also acknowledged that it is one that can be “grievously abusive.” And he noted, for the church to benefit people, “it must admit that it has harmed, and continues to harm, many that it is supposed to serve.”

I asked Dr. David Jensen, the Academic Dean of Austin Presbyterian Theological Seminary and a friend of Keith’s, to email me his thoughts about the man. Dave also spoke to Keith’s courage and compassion:

Keith Wright epitomized a dynamic faith. He refused to settle for pat answers and instead understood faith as a journey: always asking questions, always growing, always open to other perspectives. Keith believed in a good and generous God who showers all God’s creatures with blessing, and who expected us to use our minds in the journey of faith. Even in his last weeks of life, we could witness Keith’s vigorous mind at work: in the prayers that he voiced in worship, in conversation with friends, in ideas that he was wrestling with. This dynamic faith, this attention to the vulnerable who are often overlooked by institutions of power, made an impact on anyone who was privileged to share a few words with him. I will miss this kind and passionate man and thank God for his life.

After my book came out and I received the box of shiny paperback copies from the publisher, Keith was one of first people I called. I wanted to show him what he had helped me create. After all, Keith had not only led me to understand key concepts, I had quoted from Religious Abuse numerous times.

Soon after that, I was again sitting in Keith’s modest family room. I handed him a signed copy of Breaking Their Will, and he gave me a draft of a new book he was working on. It was quite a personal account, really, one that was dedicated to his children in which he shared his personal and spiritual beliefs and feelings.

I gained a great deal from my years knowing Keith. Not only did he teach me about religion, he showed me how standing by one’s convictions that come from a place of love can change lives. I am honored to be part of an organization that had the Rev. Keith Wright as an advisor. But even more than that, I am proud to have known him as a friend. 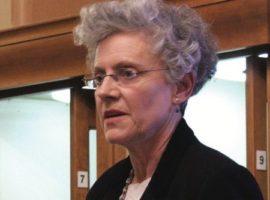 A Pioneer in Children’s Advocacy Retires 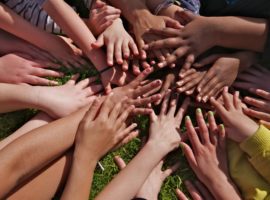 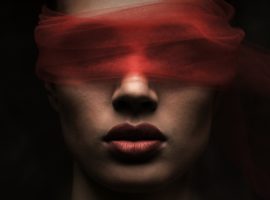 What does a victim of child sexual abuse look like? Don’t ask Christianity Today.
Previous
Next

Tweets by @chfriendlyfaith
My name is Jane Eyre. I was born in 1820, a harsh time of change in England. Money and position seemed all that mattered. Charity was a cold and disagreeable word. Religion too often wore a mask of bigotry and cruelty.
—Charlotte Brontë, Jane Eyre
I had to make a decision between God and my kids, and I knew . . . that if I chose my kids, I didn’t have a prayer. But I didn’t care anymore. So we lost everything in one day.
—Sara Poisson, mother who left the Jehovah’s Witnesses as the only way to protect her children from her abusive husband
Your children are not your children. They are the sons and daughters of Life's longing for itself. They come through you but not from you, and though they are with you yet they belong not to you.
—Kahlil Gibran
Everyone has the right to believe what they want to believe, and that right is absolute. But the right to act on one’s religious beliefs is not absolute. . . . .I don’t think that there’s any room under the law for endangering the life of a child. Or under the First Amendment. These laws are not supposed to extend that far.”
— Charles Haynes, Director of the Religious Freedom Center of the Newseum Institute
There is a lot of talk today from the Religious Right about "protecting the unborn," but there is not enough talk about protecting the children we already have from abuse. . . . Our children are our future. And our children are our moral responsibility.
—Anne Rice