A Call to Faith Leaders 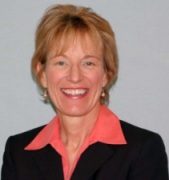 Recent news from the Vatican represents a common problem among faith leaders: Simply put, many religious authorities do what they can to appear concerned about protecting children from abuse, but their actions usually fall short of making a real difference.

Case in point: On May 16, the Holy See issued a letter establishing new guidelines for bishops telling them to comply with local reporting laws and to forward cases of child sexual abuse to Vatican officials so they can assess sanctions for abusive priests. The letter also states that the “ecclesiastical authority should commit itself to offering spiritual and psychological assistance to the victims.”

At the outset, the guidelines seem like a big step forward. “The letter was the latest indication that Pope Benedict XVI has recognized sexual abuse as a global scourge, not an American aberration,” reports the Los Angeles Times. But, in actuality, the pope’s letter affirms that the world’s most powerful religious leader is again failing in his duties to keep children safe.

Letting Bishops off the Hook

The guidelines miss the boat in a number of ways. For one, the new provisions do not unconditionally require bishops to report allegations of child abuse to civic authorities. As I note in my book, Breaking Their Will: Shedding Light on Religious Child Maltreatment, church officials have a moral imperative to report such allegations. Instead, many take advantage of the “confession” legal loophole. Plus, many countries do not have specific laws that speak to the mandatory reporting of child abuse crimes.

Also troubling is the Vatican’s failure to impose sanctions for bishops who fail to comply with the guidelines. We have seen how the church’s resistance to holding officials accountable has played out in the United States. Earlier this year, a grand jury accused the Archdiocese of Philadelphia of covering up child sexual abuse cases that involved at least 37 priests who were subject to “substantial evidence of abuse.”

“No threat of penalty will deter a child molester from committing a child sex crime,” David Clohessy, executive director of Survivors Network of those Abused by Priests (SNAP), told Time magazine. “But penalties can deter bishops from ignoring or concealing those crimes.”

Critics say the church is more concerned with its public image than with the spiritual needs of the community. Indeed, the Vatican’s document stresses that abusive clerics should not be returned to public ministry, not only to keep minors safe, but also to avoid “scandal for the community.”

The Vatican’s revised guidelines highlight an even more disturbing problem: The guidelines are only that—guidelines. They are not mandatory, because the pope has not revised Canon Law to require bishops to obey local civil reporting laws. The same held true in 2010, when the Vatican’s website announced similar guidelines, as noted by British civil rights attorney Geoffrey Robertson in The Case of the Pope: Vatican Accountability for Human Rights Abuse. Back then, the media also appeared optimistic that the pope had turned over a new leaf, but Robertson calls the Vatican’s decision to publish the guidelines “a public relations exercise,” adding, “The media which reported this news had been hoodwinked. The Vatican website has no papal authority to effect any change in Canon Law.”

To Whom Do We Turn?

Given that we cannot look to the pope to be a role model for eradicating child sexual abuse within the Church, we must look to other faith leaders who are committed to this cause. Last week, I attended the Global Summit on Ending Corporal Punishment and Promoting Positive Discipline and had the chance to meet Rev. Dr. Anne M. Cameron, Pastor of the Lake Highlands Presbyterian Church in Dallas. Later, we corresponded by email.

Cameron says that religious authorities not only have a civic duty but a “faith-life duty to be advocates for vulnerable persons, which, of course, includes all children and youth.” She believes that this duty requires faith leaders to be well informed about child abuse prevention everywhere and ensuring that their faith communities have a comprehensive, effective child protection policy. Cameron continues:

Families are under enormous stress in our society, and people are sometimes more likely to turn to faith leaders than to other authorities for guidance and help. We must hold this trust responsibly, by being as informed as possible, but also aware of the limits of our own knowledge and expertise. Every leader of a congregation should have a network of well vetted professionals upon whom she or he can call for information or referral if necessary.

Cameron also sees the need for faith leaders to “speak out against the exploitation of children, and this includes our duty to report suspected child abuse, neglect, or maltreatment to the proper authorities. Faith leaders are never exempt from this duty to report, which supersedes the confidentiality of the pastoral relationship.”

In Breaking Their Will, I give examples of religious leaders and organizations calling for the protection of children. For instance, in 2004, the United Methodist Church passed two resolutions opposing corporal punishment. And last year, Jewish leaders—who had been alarmed by the growing number of publicized cases involving pedophilic rabbis—declared the week of October 17–24, 2010, National Child Abuse Prevention Week.

Faith leaders are broadening the discussion by raising awareness of children’s rights. For example, in 2005, the 32nd Islamic Conference of Foreign Ministers in Yemen drafted the Covenant on the Rights of the Child in Islam. Some religious authorities are urging the United States to ratify the United Nations Convention on the Rights of the Child. Currently, the U.S. remains one of only two UN countries that have failed to ratify the treaty. (The other is Somalia which does not have a functioning government. Still, Somalis has vowed to ratify the convention.)

Members of the public are urging faith leaders to step up to the plate. Raffi Cavoukian, founder of the Centre for Child Honouring on Salt Spring Island, British Columbia, and who delivered the keynote address at the Global Summit, has developed two online documents that readers can digitally “sign.” The first is a Plea to Faith Leaders which encourages religious leaders to bring “an end to all forms of maltreatment of children.” The second document, a Proclamation by Religious and Spiritual Leaders in Honour of Children, allows religious leaders to pledge their commitment to the cause.

Raffi (he prefers to be known by his first name) agrees with pastor Anne Cameron that the focus on faith leaders is critical to improving children’s lives. “Religious and spiritual leaders have a great opportunity to positively influence those who look up to them,” he says.

So far, the “plea” has gained nearly 1,500 signatures and 155 faith leaders from 24 countries have signed the “proclamation.” Raffi hopes to increase the number of signatories “to spread the word to faith congregations that we can strive toward a new religious moment in which the faith traditions of the world see the child as the whole person that she is, with dignity and wonder and being worthy of respect. The moment has come.”

In fact, Raffi says, with enough signatures, his center could “petition the pope and other religious leaders to come up with a joint declaration upholding the sanctity of the child.”

We can only hope.

Tweets by @chfriendlyfaith
There can be no keener revelation of a society’s soul than the way in which it treats its children.
—Nelson Mandela
I don't know any victim of religious authority sexual abuse who doesn't share the dilemma that the abuser was "all mighty". . . . Therefore, when an abuser of this status, stature, and authority sexually violates a child or vulnerable adult, it is incomprehensible by the abused. But most devastating is the decapitation from our own spirit or soul that comes with religious authority sexual abuse.
—Dr. Jaime J. Romo
I knew nothing about the world. I wanted so much more for my life than the church was ever going to allow me to have. I wanted to have friends. I wanted to work. I wanted to travel. I wanted to meet new people and experience new things. I was thrust into this world, this whole new world without really understanding anything about it, and I was forced to for a very long time to kind of figure it all out for myself. . . . We were taught that every thought or feeling that we had that wasn't aligned with the church's teachings was the devil speaking in our ear. So even after I left, for years I was filled with guilt and shame and terror. I was trapped inside this prison of my mind, like my body had left the church but huge portions of myself were still there. I realized then, I have to give myself a voice. I have to speak my thoughts and my feelings, and I have to share with the world what I’d been through. If I don’t, there’s really not any reason for me to go on.
—Brooke Arnold, Comedian
No child can be enslaved without the consent of its mother. A mother fighting for her children is the most determined of foes. And a mother who believes that she and her children have no other destiny than slavery will tremblingly teach her babies the very values that the enslavers demand.
—Patricia Nell Warren
My name is Jane Eyre. I was born in 1820, a harsh time of change in England. Money and position seemed all that mattered. Charity was a cold and disagreeable word. Religion too often wore a mask of bigotry and cruelty.
—Charlotte Brontë, Jane Eyre