#ProjectIdaho: Help us protect children in the gem state!

All adults have the right to practice their faith but not at the cost of jeopardizing a child’s health. Tragically, however, Idaho’s religious exemptions permit adults to deny their children needed medical care if they believe only in “faith healing.” As a result, countless infants, children, and teenagers in Idaho have suffered horribly and even died.

Why focus on Idaho? While the state protects children from many forms of maltreatment, it has next to no protections for children who are denied needed medical care by those who claim they were following their religious beliefs. In fact, Idaho is 1 of 9 states where adults who allow a child to die from “faith healing” medical neglect cannot be prosecuted for manslaughter.

And so children suffer from treatable conditions, such as infection, diabetes, pneumonia, and meningitis. Many don’t make it. In fact, since 2010, at least 12 children in Idaho have died because their caretakers refused to get them medical care for religious reasons. According to information collected from headstones in one cemetery of a “faith healing” church, its child death rate is more than ten times higher than that of Idaho’s general population. A recent Governor’s Child Fatality Report report says at least 5 children died in 2013 who didn’t get health care on religious grounds.

During the 2016 legislative session, Rep. John Gannon filed a bill that aims to nullify a “faith healing” exemption in cases in which “such practice creates an imminent risk of permanent physical harm or death.” See a copy of the bill here. The next day, it was reported that Governor Butch Otter had sent a letter to lawmakers urging them to set up a work group to study the issue.

Idaho Governor’s Task Force Report on 2012 deaths: A report published by the Governor’s Task Force on Children at Risk found that children had died from “refusal of medical care because of religious or personal beliefs” and members of the team concluded that “re-evaluation of Idaho law” was needed. Click here to learn more.

⇒⇒ The effort to change Idaho’s laws so they better protect children from “faith healing” medical neglect is supported by the Idaho Prosecuting Attorneys Association, the Idaho Chapter of the American Academy of Pediatrics, and the Interfaith Alliance of Idaho. 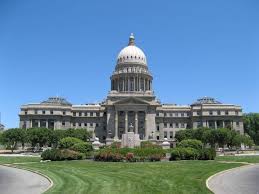 On February 11, Idahoans had the chance to ask questions and voice their concerns about ‘faith healing’ religious exemptions. The event was covered widely by the media.

What else can I do to ensure that all children in Idaho receive necessary medical care? Click here to send an email to all members of the Senate Health and Welfare Committee. You may also contribute financially to the Child-Friendly Faith Project to help us with costs related to educating lawmakers about this issue.

#ProjectIdaho is supported by these prominent and caring child advocates:

A primary measurement of the compassion and values of a society is how it treats its children. Now, unfortunately, some people are trying to use the issues of “religious freedom” to avoid comprehensive efforts to assure the health and welfare of children. I am so pleased that the Child-Friendly Faith Project has stepped forward to challenge all efforts to the contrary—vigorously opposing legislation, behavior, and treatments that would compromise or prohibit doing what is best for the health and welfare of all children in our nation. #ProjectIdaho deserves affirmation and broad-based support.

Idaho has become a haven for parents who martyr their children for their faith. Its religious exemption for medical neglect and its extreme religious liberty statute are not what the Framers intended or what the First Amendment requires. The blood of these children is on the hands of the state legislators who continue to fail to make Idaho a safe haven for children because of irrational drench to parents and faith.

In the Jewish tradition, nothing is of greater value to a community than the well-being of its children. While we certainly respect the rights of the vast majority of parents to raise their offspring with love and wisdom, we also recognize that the entire community has a stake in protecting children from abuse and neglect. In this spirit, I urge our legislators to stand in strong opposition to religious exemptions that compromise our ability to ensure that all of Idaho’s children are treated with kindness and respect.

Think of a time when you were desperately out of breath. Now imagine that your lips are blue and you’re close to fainting. That’s how my sister Mariah has lived her entire life, because she grew up in Idaho—a state that allows parents to deny their children medical care based on religious belief. Mariah’s life probably will be cut short because Idaho’s laws don’t protect the health of all its children. This has to change.

The fundamental value of human dignity and worth that is found at the core of all religions is most vividly tested when we are called to nurture and protect the most vulnerable humans among us, our children. Jesus said, ‘Let the children come to me,’ which is one of many reasons Christians should oppose any measure that exposes our little ones to potential harm. Religious exemptions jeopardize the protection and care of children and should be defeated.

Religious exemptions like those in Idaho adversely effect children in Idaho, especially those who are being raised in extremist religious communities. All children deserve a right to needed medical care, not just those who have been lucky enough to be born into faith communities that respect their right to good health and life.

Children’s health and flourishing should not be at risk because of the extreme religious views of their parents. The God who created us in love seeks for us to have an abundant life in health and security. If adults choose to misread scripture and put their own lives at risk, that is one thing, but we Idahoans need to make sure those adults aren’t also risking their children’s health and safety in the name of God. Government, at its best, seeks to protect those who are most at risk in society. Government, at its worst, seeks to protect those who mistake religious zealotry for religious freedom.

Children growing up in religious environments should not have their basic rights to healthcare taken away from them. The faith of a parent does not give them the right to make decision that will negatively affect the future of their children or potentially endanger their lives. I support Project Idaho because it recognizes the personhood of children who in our society are most often denied that status.

Arthur L. Caplan, PhD
Drs. William F. and Virginia Connolly Mitty Professor of Bioethics and Founding Director of the Division of Medical Ethics in the Department of Population Health at the NYU Langone Medical Center

The fundamental duty of legislators is to protect our weakest and most vulnerable citizens. Religious exemptions do not do that. They expose children to the risk of neglect and abuse in ways that the citizens of Idaho should reject out of hand.

As a lawyer of nearly forty years and a member of a faith healing church that also believes in medicine, I strongly oppose Idaho’s religious exemptions. The United States Supreme Court has provided clear and appropriate guidance on balancing the rights of parents and the safety and welfare of children. These exemptions move the balance to an extreme position which places children at great risk of harm and even of death.

Project Idaho deserves everyone’s attention to stop lawmakers from denying the protections necessary for children. Everyone who cares about human rights and especially children’s freedom to be healthy and safe should get involved in supporting the repeal of these exemptions.

Paul A. Offit, MD
Professor in the Division of Infectious Diseases and Director of the Vaccine Education Center at the Children’s Hospital of Philadelphia talks about cases of religious child maltreatment.

“Lawmakers should have the courage to stand up for children who are being neglected in the name of religion by what are clearly unreligious acts.”

Tell Idaho legislators how you feel!

Click here to email all members of the Idaho Senate.

Click here to email all members of the Idaho House of Representatives.

You can send an email to Idaho Governor C.L. “Butch” Otter by clicking here.

#ProjectIdaho has the support of these compassionate organizations:

To learn more about why Idaho’s children need our help, go to IdahoChildren.org.