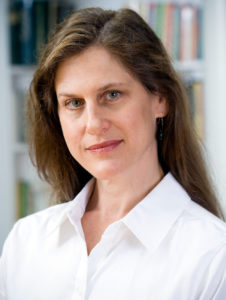 Janet Heimlich is an award-winning journalist and the author of Breaking Their Will: Shedding Light on Religious Child Maltreatment, the first book to fully examine the issue of child abuse and neglect enabled by religious belief.

The book has been lauded by experts in many fields. Bishop John Shelby Spong described it as “insightful, provocative, exposing,” and novelist Anne Rice called it “well researched and well written.”

Janet has been a freelance reporter for National Public Radio, work for which she won more than 10 journalism awards and honorable mentions. She has written nonfiction articles for such publications as Texas Monthly, the Austin American-Statesman, Texas Parks & Wildlife, and the Texas Observer.

Janet contributes to the CFFP and other nonprofits by performing copywriting and editing task; she creates website content and writes blog posts, white papers, and curricula. She graduated from Stanford University with a B.A. in communications and a minor in English. She lives in Austin, Texas, with her teenage daughter.