The question to ask in 2020: Who do we want to parent us? END_OF_DOCUMENT_TOKEN_TO_BE_REPLACED

The homophobic teachings of the Mormon church killed my son

Written by Brian Bresee on June 18, 2019 | 13 Comments
The homophobic teachings of the Mormon church killed my son – Child-Friendly Faith Project 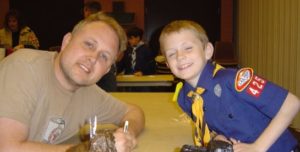 The homophobic teachings of the Mormon church killed my son

Copy and paste this URL into your WordPress site to embed

Copy and paste this code into your site to embed 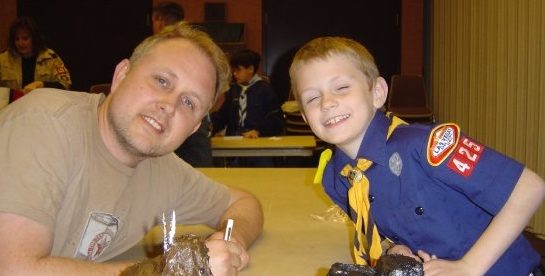 Tweets by @chfriendlyfaith
I remember clearly the agony and anguish I felt as a child. I remember that no adult stepped forward to end it. The law authorized my parents’ decision to leave me untreated, and the sanction of the law discouraged others from doing what is right. But refusing to act on the pain a child feels is criminal.
—Liz Heywood, Survivor, Born into the Christian Science Church
There were so many sick children in there and my daughter was very, very ill . . . and I couldn’t bare it. I just went, “Nope, I’m done.” I mean, I just knew I could make these choices for me . . . but I couldn’t make these choices for my children. I just had to get her out.
—Spanky Taylor, 17-year former member of Scientology
We never really tell kids what [church] services are all about. All they're told is to be quiet and not talk for an hour. . . . There's the plight of the four-year-old who was in church on Sunday when the wine and wafers were passed out. His mother leaned over and told him that he was not old enough to comprehend the transubstantiation and that he was not allowed to partake in the Communion. Later, the collection plate came by and stopped dead in front of him. His mother again leaned over and tried to coax the nickel out of his clenched fist. He held firm and shouted, “If I can't eat, I won't pay.”
—Erma Bombeck
Some beliefs are like walled gardens. They encourage exclusiveness and the feeling of being especially privileged. Other beliefs are expansive and lead the way into wider and deeper sympathies. Some beliefs are like shadows, clouding children’s days with fears of unknown calamities. Other beliefs are like sunshine blessing children with the warmth of happiness. Some beliefs are divisive, separating the saved from the unsaved, friends from enemies. Other beliefs are bonds in a world community, where sincere differences beautify the pattern. Some beliefs are like blinders, shutting off the power to choose one’s own direction. Some beliefs are like gateways opening wide vistas for exploration. Some beliefs weaken a person’s selfhood. They blight the growth of resourcefulness. Other beliefs nurture self-confidence and enrich the feeling of personal worth. Some beliefs are rigid, like the body of death, impotent in a changing world. Other beliefs are pliable, like the young sapling, ever growing with the upward thrust of life.
—Sophia Lyon Fahs
We can’t blame the children for not telling us. They are powerless in every sphere. It was not that long ago when children were cautioned not to speak unless spoken to. Children don’t vote, to quote many a child advocate. To be sure, there are dedicated organizations . . . and individuals who push hard for children’s rights, but the US has a history of granting “rights” to adults at the expense of children.
—Marci A. Hamilton, God vs. the Gavel: The Perils of Extreme Religious Liberty